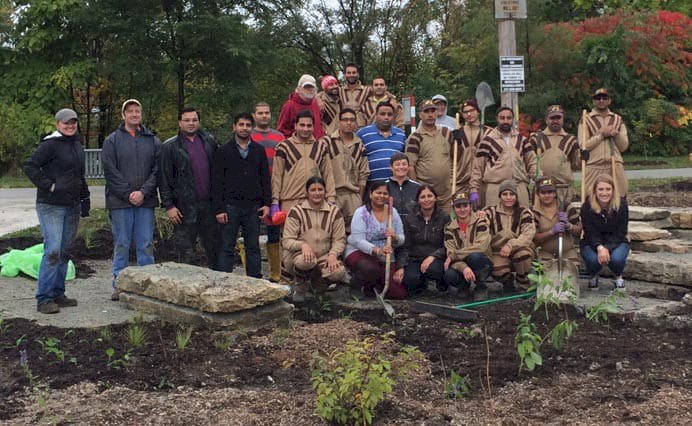 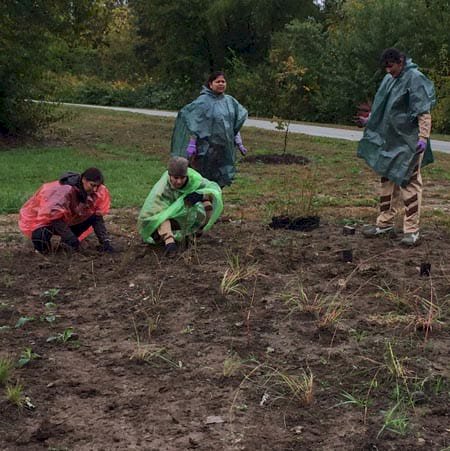 1500 Saplings Planted in a Tree Plantation Camp in Indianapolis, USA

A tree plantation camp was organized by the followers of Dera Sacha Sauda and members of Shah Satnam Ji Green 'S' Welfare Force Wing in Indianapolis, the capital city of the U.S. state of Indiana. The event was organized on October 19, 2013 for the noble cause of saving nature from deforestation and global warming. Around 20 volunteers participated in the event from Indianapolis and neighboring states. It was admirable to see 3 volunteers who reached Indianapolis from Canada, 2 from Kentucky and a family from Chicago to take part in the drive. About 1500 saplings were planted on the occasion and what amazed the onlookers was that even the rain and cold couldn't hinder the zeal of volunteers. Shah Satnam Ji Green 'S' Welfare Force Wing is a force formed in direction of Revered Saint Gurmeet Ram Rahim Singh Ji Insan for carrying out humanitarian activities for the welfare of mankind across the world without any desirous motive. Revered Guru Ji has initiated 100 such welfare activities which are being executed in all earnest by the volunteers irrespective of their location. The tree plantation drive is also one of those 100 activities and has adorned Dera Sacha Sauda with 3 Guinness Book of World Records. The organization has planted more than 21 millions saplings around the globe since 2009. Abiding to the holy teachings of Revered Guru Ji, volunteers not only plant the saplings but take care of them until they grow into fully fledged trees. Everyone who observed the event appreciated the volunteers for their zealous efforts for this noble cause and paid gratitude towards Revered Guru Ji for initiating this humanitarian effort and infusing such an exquisite spirit in the hearts of volunteers towards social welfare.