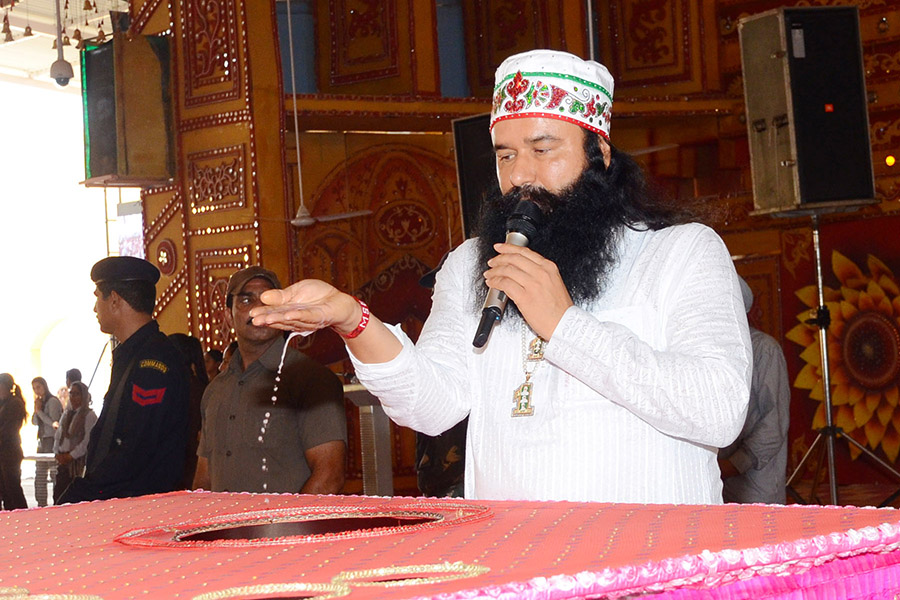 Humanitarianism is dying. The morals and values that were the essentials of good conduct are vanishing fast. Religion, caste and colour have become reasons for riots in society. In the face of these challenges, where the level of Hatred among people is at spike, Revered Guru Ji started a custom of the pledge for humanitarianism, called the ‘Nectar of the Humanitarianism’ (Jaam-E-Insan). This pledge includes taking a Holy drink made from milk, water and rose essence. The purpose of pledge is to reassure the commitment of those who have learnt meditation, to always stay on the path of righteousness and humanitarianism.

The pledge was started by Revered Guru Ji on 29th April 2007. Millions have taken the Nectar and dedicated themselves to the welfare of society. Surprisingly thousands of people have reported that their incurable diseases have been cured just after drinking the Holy drink and taking oath - HIV cases are on record where viral counts became undetectable and even native blind patients started seeing. Revered Guru Ji says, in all humility, “The faith and devotion of the meditator can work wonders, as the grace of God, is boundless.”

Note: This is not a religious conversion but an affirmation to be true to one’s own religion while recognizing the unity of all religions and the universal religion of Humanity.