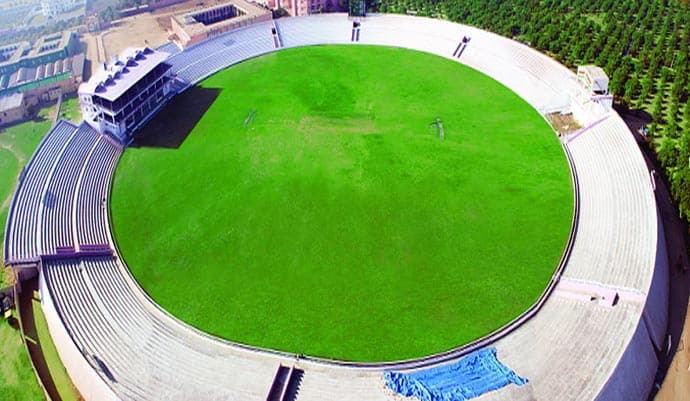 The ocean of generosity of the Murshid-E-Kamil is unfathomable. Shah Satnam Ji Cricket Stadium is a feat which leaves everyone wonderstruck. A stadium of international specifications has been constructed under Guruji’s gracious helmsman ship in merely 42 days.  Revered Saint Gurmeet Ram Rahim Singh Ji Insan inaugurated the stadium on 29th August, 2004 with the launch of “The True Trophy’s” First Tournament. The base which included the stands and the foundation of the pavilion took merely 14 days to complete. It boundary measures 75 yards. There are three pitches in the ground. One of the pitches simulates the pitch of the ground of Ferozshah Kotla. The second is like the pitch of Chinnaswamy stadium, Bangalore and the third and central pitch has been prepared with the guidance of Guruji. The stadium is completely compatible for hosting an international event. It has light entrances. Its scoreboard with its unique design can be easily visualized from a distance. An original and totally indigenous mechanism has been utilized. The seating capacity of the stadium is 25000 to 30000 spectators in eight stands. 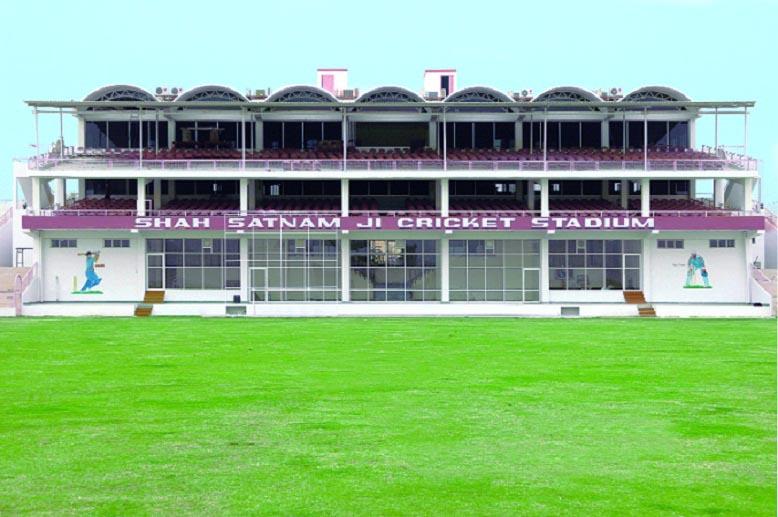