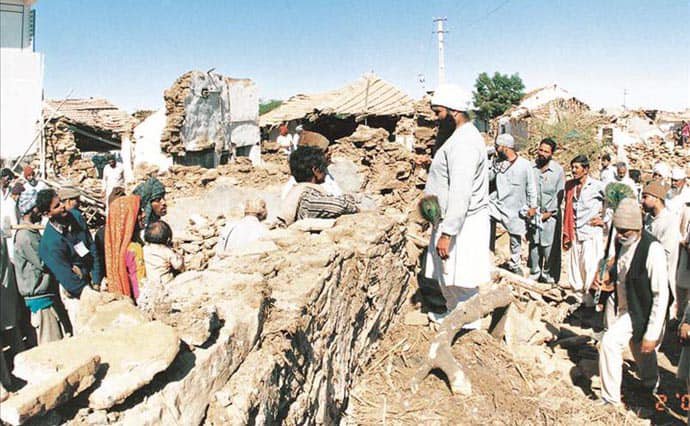 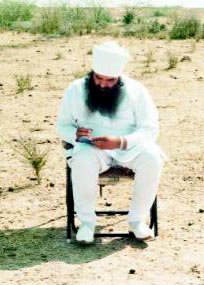 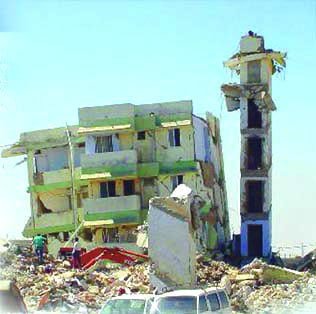 42 Days of Untiring Service to The Earthquake Affected Gujarat

On January 26, 2001 was the country's fifty first republic day. But in the morning at 9:13 AM, a very severe earthquake jolted Gujarat and the repercussions reverberated all around the globe. Measuring 8.1 on the Richter's scale, the earthquake shook Gujarat for 98 seconds and this triggered a cascade of events which led to hundreds of thousands of deaths. In the economic centre of Gujarat, the city of Ahmedabad, the skyscrapers came tumbling down within seconds. The entire landscape of Gujarat was dotted with debris. The economic impact was immeasurable and the worst affected district was Bhuj. Within a few seconds, over 20,000 people perished in Bhuj alone. A million houses were demolished, millions were rendered homeless. The epicenter of earthquake was merely 20 kilometers away from Bhuj, which led to maximum destruction in that area. All houses in Bhuj were destroyed while 75% of the Kutch region was razed to the ground. The entire country was shaken by the impact of the earthquake. It was a chilly winter and people were rendered homeless under the open sky. It was the eerie silence of the earth that had been shaken violently. Following the earthquake, relief efforts were mounted on a war footing. Dera Sacha Sauda celebrates 25th January, Shah Satnam Singh Ji Maharaj's birthday with immense fervor. The Ashram was decorated and glittering on that day. 2.5 million plus devotees were present in the Ashram and when the news reached the Ashram, everyone was shell shocked. Within minutes, all the decorations were removed and Guruji instructed the management to immediately arrange for assistance to Gujarat and within the next couple of days along with 200 truck loads of rations and relief materials, Guruji himself departed for Gujarat. 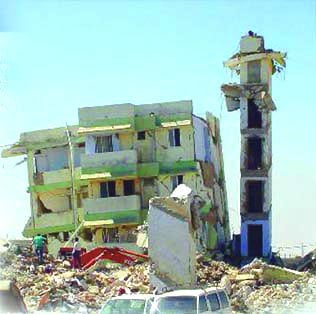 Guruji had a string of Satsang congregations planned for Uttar Pradesh and Andhra Pradesh but they were all cancelled and Guruji vowed, 'Come whatever may, but we shall certainly serve the victims of the earthquake in Gujarat'. After having dispatched the initial relief materials, Guruji vowed that He would not rest until and unless He was able to assuage those who have lost their near and dear ones. On 31st January, before the sun rose, Guruji left for Gujarat. After traversing a distance of 1200 kilometers, Guruji reached Samkhiali at midnight in Bhuj. The city was under the Indian army, while initial permission was granted for Samkhiali but the local administration requested Guruji and the volunteers to go to Rapar tehsil, as Rapar tehsil was badly affected. Hardly any aid had percolated to that area. Guruji set up base camp 5 kilometers away from Rapar city. 3,000 volunteers were also accompanying him. When the affected people learned that Guruji had himself come from such a long distance, they were touched. His Holiness started meeting people from Narayanpur village in Rapar. Guru Ji led from the front - to console and heal, and put meaning into the lives of the survivors. A scientific survey and a systematic aid operation followed. In 42 villages, ration depots were setup, thousands of tents were erected and over 1 lac blankets distributed. The Dera Sacha Sauda, Sirsa (Haryana) achieved the unique distinction from amongst the innumerable organisations from all over the globe to reconstruct the first village and also demonstrate the first urban prototype of a quake resistant house. His Holiness was accompanied by no less than 5000 volunteers whilst several times the number waited in Sirsa for their turn.

Eyes welled with tears, throats parched and emotional, all they could muster the courage to say was "Father, you have been very kind". Guruji used to take away their tensions, their worries and give them hope, give them support, give them the courage and this cycle used to go till late in the night and next day early in the morning the same process would start. The volunteers delivered the aid in 42 villages in the Rapar tehsil. Tents were pitched. For distributing the food materials distribution centers were made and 4 volunteers were deputed on every centre. Blankets were distributed to the people who were shivering in the cold and food was provided to those who were starving. Guruji used to make it a point to visit the worst affected families and to assuage their hearts and give them self confidence. One day Guruji met a family which had lost six of its members in the earthquake and the remainders that were there, cried in unison "Guruji we have no one. Please be kind". And in the middle of those heart rending scenes, Guruji while consoling them said, "Those had have passed away, God will certainly look after them" and then after a meaningful pause He said, "We are here only to console you and give you peace".

Several organizations were distributing the relief materials but mental peace and consolation can be given only through the utterances of a True Saint. Guruji paid special attention to the pregnant women, children and handicapped and ensured that they were helped in priority over the others. Irrespective of caste, religion or creed, everyone was helped. In one village, a delegation of local Muslims came to Guruji and requested that their mosque had been razed to the ground following the earthquake and they requested Guruji to make the mosque anew. Guruji showed He is secular and multi-religious not only in words but in deeds. He got the mosque constructed in an area of 50 feet by 30 feet. The volunteers were continuously engaged in helping the earthquake hit. Guruji also visited a village called Partapgarh and Sahi, Both the villages had been completely destroyed following the earthquake. People were forced to live under the open sky. Dera Sacha Sauda took the responsibility of rehabilitating the two villages, the village of Sahi and the village of Partapgarh. For the earthquake affected, Guru ji designed a prototype house and lived in it for a few days and after having checked the prototype, the wooden houses made of boiling waterproof plywood were fabricated onside in those two villages. The village Sahi was blessed with the name 'Sahi Kalyan Nagar'. Similarly, the village Partapgarh was also recreated from the scratch. In merely 3 days, 104 wooden houses were constructed and to provide water, a 2 kilometer long pipeline was laid. The Ashram adopted 42 villages in Rapar tehsil where people had been housed in tents.