35 volunteers of Dera Sacha Sauda and the members of Shah Satnam Ji Green 'S' Welfare Force Wing participated and changed the entire view of the city in just 5 hours. They portrayed the true picture of service to humanity as per the teachings imparted by Revered Guruji. In this campaign, a canal (river) was cleaned. 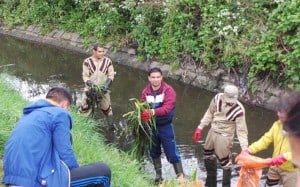 They removed weeds and cut back overgrown areas. The volunteers collected four lorry loads of garbage due to which several insects and mosquitoes were entering into the local residents' homes with immensely dirty odor. The river is now flowing at a gentle pace after loads of rubbish was handpicked and taken out of river. It is worth mentioning that the volunteers have already conducted 5 cleanliness earth campaigns in UK.

The event was organized by the support of the Loxford Ward Independent Councillor, Mr. Maravala. He was very happy with the success of this event and wished to carry it out on a regular basis. He expressed his gratitude to Revered Saint Gurmeet Ram Rahim Singh Ji Insan for initiating such welfare activities and asserted to provide all kinds of support in future also for such humanitarian activities.

The residents of Medway Close, Buttsbury Road, Asbaston Terrace, Hulse Terrace, Pownsett Terrace were absolutely thrilled about the wonderful job Dera Sacha Sauda had done. Adding up to their amazement was the fact that people who are not even the native residents of this place but came from far off land of India to live here, are rendering such services for their welfare.

This cleanliness campaign in UK made the local residents watch this stupendous drive open-eyed. The reason that surprised them the most was to see volunteers from all age groups and from rich to middle class families cleaning the river. Every local resident was seen paying heart-felt gratitude towards Revered Guru Ji and the volunteers. 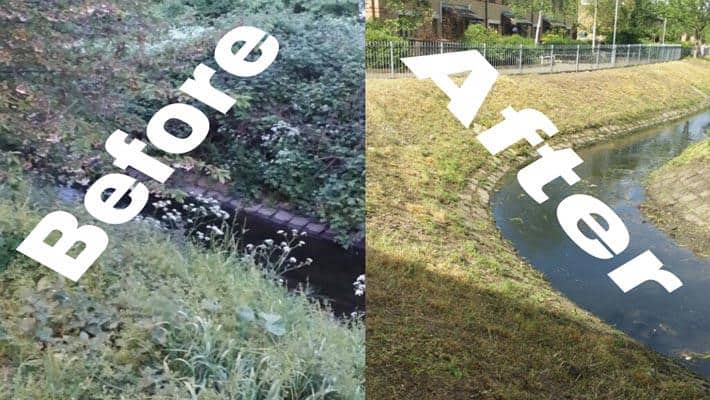