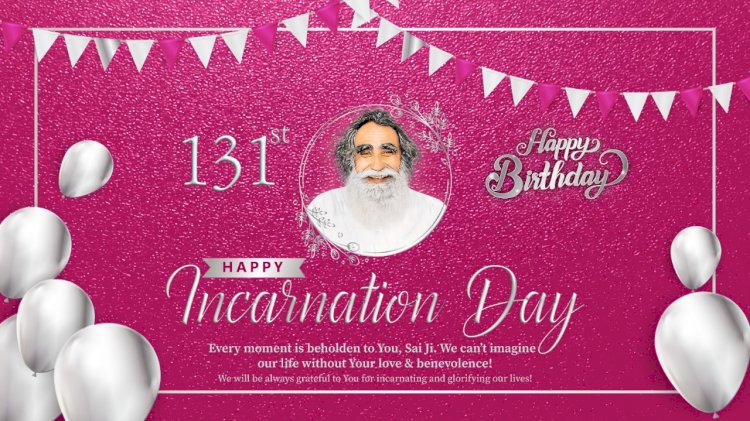 This year festival commenced off on November 8th for millions of people. The air was filled with joy as everyone danced and had a good time. Since it was the birthday of the spiritual master Shah Mastana Ji Maharaj, who dedicated His entire life to advancing mankind and gave a wonderful gift of the temple of humanity known as Dera Sacha Sauda. These folks are glowing differently because they have been rejoicing internally. His holiness has always been distinctive in his demeanour, and He exudes a holy aura that has vacuumed up vast amounts of bad energy while dispersing the aroma of humanity and peace.

The True Guru is Direct Link Between Ordinary Mortals and God

A True Spiritual Guru is the holy person who can prevent humanity from going extinct in an age of greed and cruelty. Such a messiah of humanity has appeared in various forms throughout history. The founder of Dera Sacha Sauda, Shah Mastana Ji Maharaj, incarnated in Baluchistan on Kartik Poornima in 1891. Dera Sacha Sauda has great importance on the holy day of the Kartik full moon and celebrates it in the form of bhandara.

His Holiness himself was looking for a Spiritual Guru, and after meeting with Sawan Singh Ji Maharaj, his search was over. He felt content and as though He had accomplished everything in life. As a result, He did not require any material possessions anymore because He had come to understand the true meaning of spirituality. He was given the blessings by Sawan Singh Ji Maharaj that moving forward His responsibility would be to preserve souls and connect them to the Supreme Power.

Satsang is being held every day via Online Gurukul at various locations. People dance and sing to demonstrate their enthusiasm and love toward the Almighty God. Different locations in various states are so exquisitely decorated that it resembles a bride decked up in sparkling jewellery. The icing on the cake is various types of lighting and rangoli, which is created in a variety of ways and patterns.

All the disciples observed the day as Bhandara. His Holiness Guru bestowed glorious method of meditation to the seekers and they all quit using narcotics and joined the millions of others who already belonged to the Dera Sacha Sauda family.

A Program of Different States' Cultures

The major celebration began with a Rajasthani cultural presentation, during which Rajasthanis took us on a tour of their state and demonstrated 300-year-old traditional customs. Seeing it was very fantastic. Next, everyone travelled to Punjab, where they took in the gidda and bhangra as well as the state's stunning culture. It was incredibly admirable and uplifting to see our cultural heritage in such a wonderful light. Finally, it was time to enter Haryana at this point. Nobody in attendance was able to control their shaking feet when the haryanvi music began. Haryana's culture captivated the audience's attention.

An inspirational stage drama demonstrated how Dera Sacha Sauda always stands as a solid institution in today's challenging times. Here, widows were welcomed and remarried with educated young men called as Bhakt yodha. When their own blood relatives were unable to help them, Thalassemia patients and others all over the world received blood at the right time from the Dera Sacha Sauda organisation. People with paralytic disorders received treatment in the free medical camp, and drug addicts became into professional athletes. Dera Sacha Sauda followers always bring happiness and tranquilly to families.

The task of having everyone light their homes' diyas in the morning and the evening has been taken on by Guru ji. Our old heritage and culture contribute to maintaining the environment's cleanliness and fostering a pleasant energy. Guru Ji has lit nine diyas and explained to the sadh sangat (spiritual community) the significance of a diya in today's time.

Following His Excellency Guruji’s preaching, everyone sitting there during the program or attending it online through youtube/zoom pledged to keep digital fasting from 7 p.m. to 9 p.m. daily, which means they will not use any electronic devices during that time and be free of all these distractions and spend time with their family and having healthy conversations to become truly social. This is a splendid task initiated by Guru ji that will spread happiness in families and bring them closer together.

The most respected Guruji sang a mesmerizing hymn in his mellifluous voice, and everyone was dancing on the tunes of this bhajan. Besides that, His Highness released another spiritual song which was sung in his melodious voice. This song is completely dedicated to uprooting the evil of drugs from the society and make everyone follow the path of divinity!