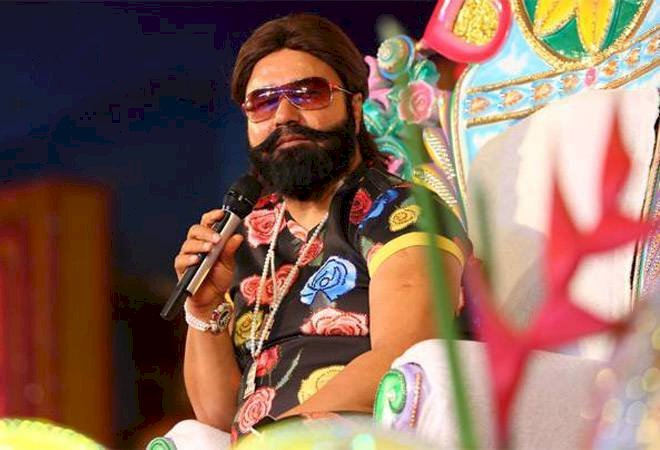 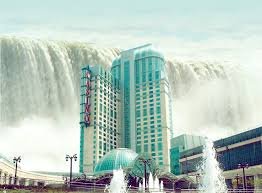 You might be wondering what is Maha Rehamo Karam? (The Great Mercy Karama Day) Divas all about. Well, to understand the meaning of Maha-Rehamo Karam Diwas, one have to know the significance of the context in which it is said and on whom the the Great Mercy is being showered upon.
So let’s talk about the path of Spiritual world and the True Masters associated with this particular way of living. As India is a land of many beliefs and rituals, and each region of India have its own speciality in one or another field. So, the path of Spirituality also have its own special Saints on different times as per the real mercy of Almighty Supreme Power. Here we are talking about a particular day actually which is called Maha Rehamo Karam Divas in history of Dera Sacha Sirsa ( a Haryana,India based Spiritual Aashram).

The Dera Sacha Sauda was founded by Shah Mastana ji in 1948 with the orders of his Satguru (True Master) Baba Sawan Singh ji Maharaj of Beas(present day Punjab of India).
The foundation of Dera Sacha Sauda Sirsa kept on the basic principles of Spiritual and hard work for lively hood along with services to the mankind unconditionally. Shah Mastana Ji used to hold holy sermons throughout day & night and even used to distribute gold, silver, cash, and clothing to devotees, but the core ideology behind all this was to connect the devotees with true master and to supreme power. The encouragement was in such a way that
it primarily fulfils the worldly needs and then eventually redirected all those devotees to True Master to connect with Almighty only. As it is rule of nature whatever takes birth must leave this world. But the holy Saints incarnation takes place time and again they choose their successor always. And to choose or let’s say the True Saints are always chosen by Supreme power but being unleashed on right time by the predecessor Saint himself.

Handing Over the Reign

So, it was also done as in the case of Dera Sacha Sauda, Shah Mastana Ji took many tests of his successor before announcing him as True Master to follow afterwards. Shah Mastana Ji chose Param Pita Shah Satnam Singh Ji Maharaj after a tight testing and believe me it was the hardest of the test for any devotee. But as said earlier the Saints are chosen by Almighty Supreme power himself but being introduced to the mankind by Saints only to keep it rolling for the betterment of devotees.

Shah Mastana ji took many test on the parameter of spirituality of Shah Satnam ji which involves, asking him to bring all the household stuff to Ashram and then throw it out. Once thrown out entire stuff, Mastana Ji checked him further by saying “Why you kept all that household stuff outside of Ashram? Go outside and safeguard it yourself, else distribute it to the needy”.
As ordered the same manner Shah Satnam Singh ji responded and distributed the entire stuff without any second thought. Many more tests were undertaken for the period of 7 years and eventually the holy day of 28th February 1960 knocked the door.

Rationale behind the name “Satnam”

One interesting fact behind name Satnam was cleared by Shah Mastana ji-“Satnam is the holy Supreme Almighty’s power which drives and controls the universe”. As the birth name of Shah Satnam Singh ji was Sardar Harbans Singh. So, the True Master chosen the successor and bestowed upon all his divine powers of Shah Satnam Ji and changed the name for the greatest cause of humanity. As no step of the Saints is for self, they live for humanity only,
irrespective of any caste, creed, religions or language, even beyond the borders of nations.

True Saints just think, pray and execute their lives for well-being and happiness of the mankind and all other creatures of the Mother Nature. Shah Mastana ji made a statement that one whoever cherishes the name Satnam and be face(Darshan) of Shah Satnam ji will not go the hell. A grand roadshow was conducted in Sirsa on that particular day with Shah Mastana ji and Shah Satnamji in a open Jeep and it was well received by devotees and citizen of Sirsa city.

Shah Satnam Singh ji Maharaj took the Dera Sacha Sauda to new heights and set benchmarks for simple and effective spiritual understanding. Shah Satnam ji wrote more than 20 books and 1500 hymns in Hindi, Punjabi (though in present day the same is available in different languages too). The language used in these holy books is very impressive yet very easy to read and understand. Shah Satnam Singh ji Maharaj travelled a lot to preach the name of Almighty, new Ashram were built by him and existing ones grown big time under the guidance of His Highnesses.Shah Satnam Singh ji took an biggest social reform by setting an marriage system in Dera.Marriages started taking place in simpler form,no dowry ,no extra rituals no much burden of band or music.This is still ongoing in Dera and among devotees of Dera Sacha Sauda.

During the period of His Highness Shah Satnam Singh Ji Maharaj’s Mastership, which is almost 27 years and 4 months, Shah Satnam Ji visited over 2250 villages and blessed over a million souls (1108429).

The 3 principal of Dera not to indulge in alcoholic habits, no non-vegetarian eating preferences and big no to illicit sex as it’s the biggest bar in attaining prime happiness on the path of spirituality.

So that is all about the day called Maha Rahamo Karam Divas, as in present times on this very same day many welfare tasks being executed every year in Dera Sacha Sauda Sirsa and several other places wherever Dera devotees are present in the world. Blood donation camps, earth cleaning campaigns, tree plantations, marriages of tribals, marriages under campaign of Crown of lineage and many other welfare tasks get done on this day. The devotees celebrate and takes pledge to serve the mankind.

This year it’s going to be 61st Maha Rahamo Karam Divas and a massive medical check up camp will be held at Dera Sacha Sauda Sirsa on 28th February 2021. The devotees world over are celebrating entire month of February by performing acts of kindness as in current pandemic times in level 3rd lockdown in Newzealand’s Auckland city devotees of Dera Sacha Sauda donated 7 units of blood along with 1 unit of plasma and distributed foods and ration to needy. Such days and months are a blessing to mankind as it’s reminds us to thanks Almighty Supreme power about the mercies being showered on us. It’s all about thanking True Saints to bless us with their pious blessings in form of their successor Saints time to time, as at present time Saint Dr.Gurmeet Ram Rahim Singh ji Insan heading the Dera Sacha Sauda with holy wish and mercy of Shah Satnam Singh ji Maharaj. Saint Gurmeet Ram Rahim Singh ji Insan had given this name of Maha Rahamo Karam Divas to day of 28th February to pay real tribute to his True Master by serving and initiating 134 welfare tasks.

Shah Satnamji then back in 1990 announced Saint Gurmeet Ram Rahim Singh as successor and said “Hum the, Hum hai, Hum Hi Rahenge “means “we were, we are and we shall remain always”. So, for the devotees of Dera Sacha Sauda, the day of 28th February is the day to celebrate the true love & mercy of the True Master by reminding them that Param Pita Shah Satnam ji just changed the body and become young as Saint Dr.MSG and doing Maha
Rahamo Karam everyday though the day is celebrated on 28th February.