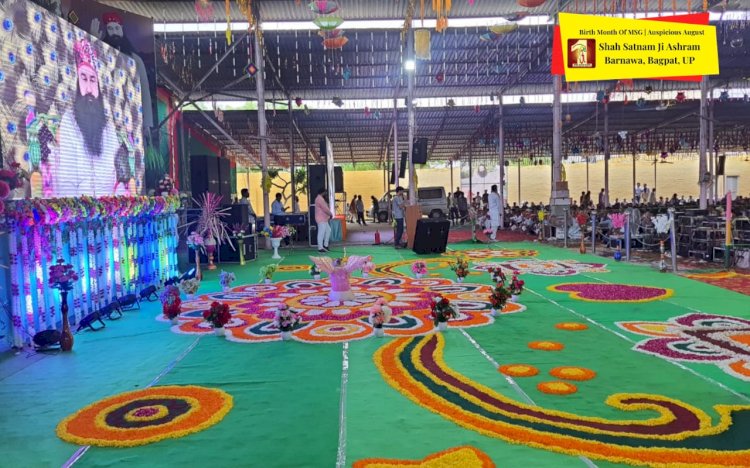 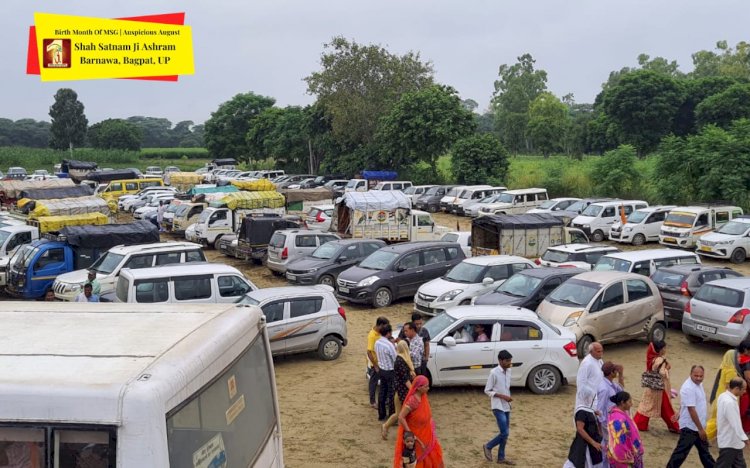 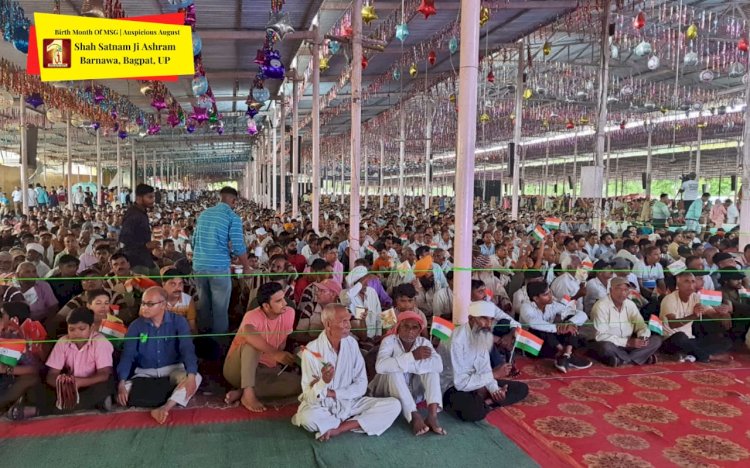 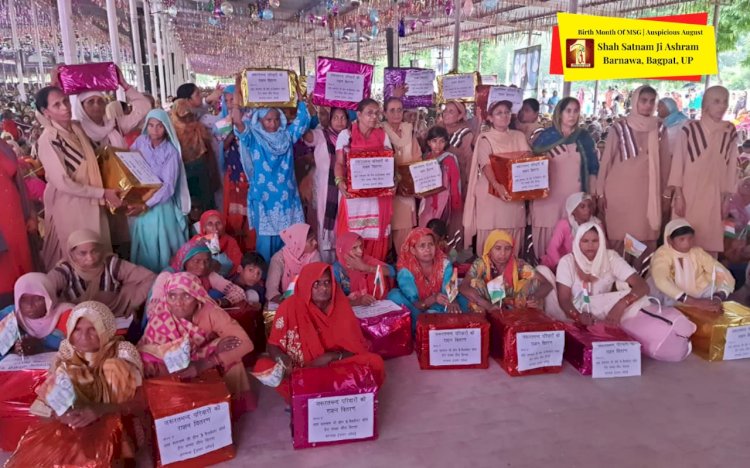 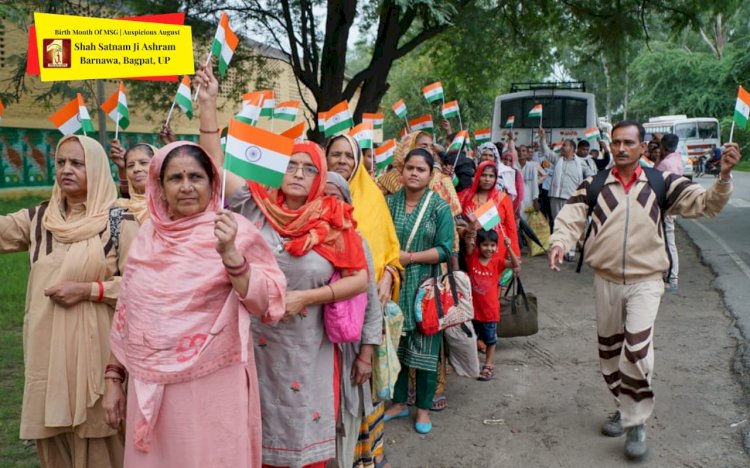 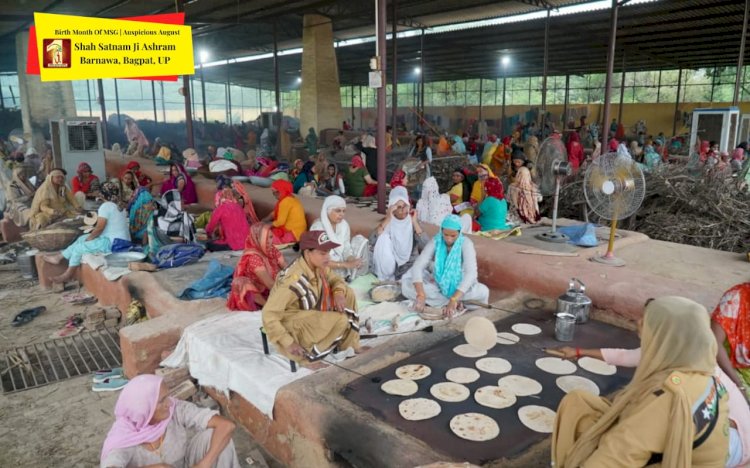 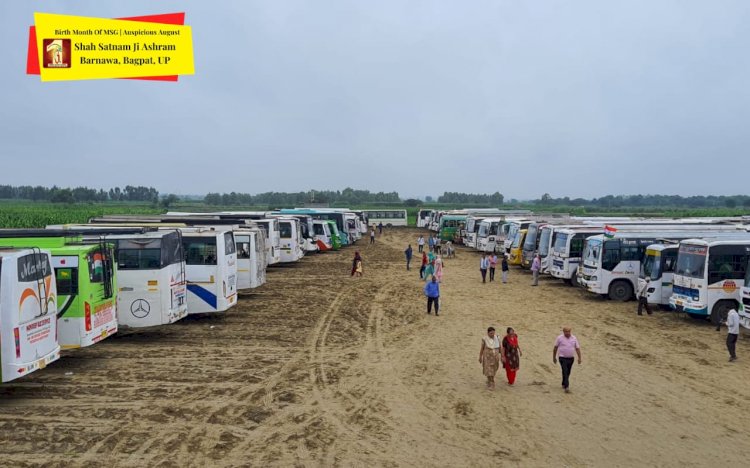 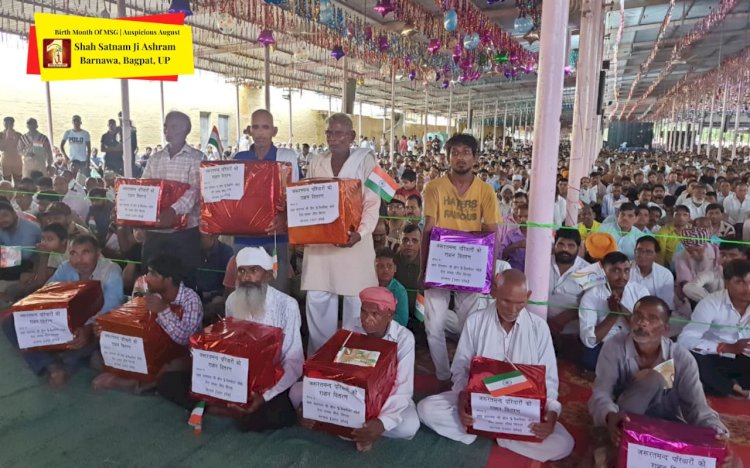 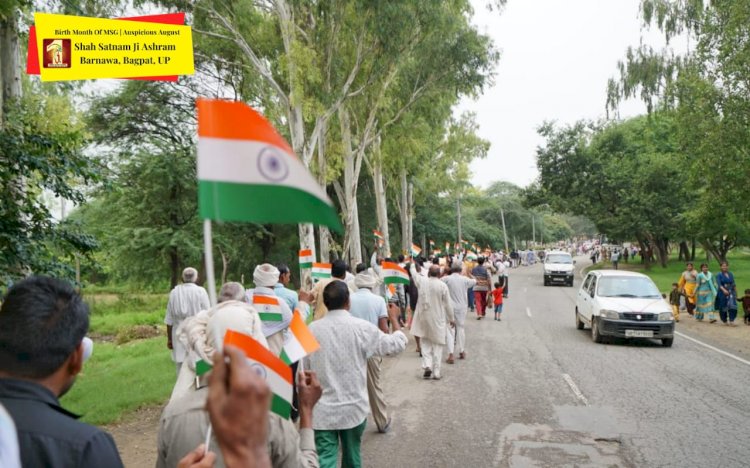 On 7th August 2022, Dera Sacha Sauda Ashram, Barnwa, UP witnessed a massive celebration of the Incarnation Month of Saint Dr Gurmeet Ram Rahim Singh Ji Insan, the Spiritual Master and Head of Dera Sacha Sauda. Lakhs of volunteers from UP and Uttarakhand came to become a part of this spiritual congregation.

Huge photo frames holding the pictures of all the three Spiritual Masters of Dera Sacha Sauda were placed at various spots in the Ashram, which were special points of attraction for the visitors. The shed was magnificently decorated with balloons and ribbons. The program was conducted by the stage bhangidas Dr Pawan Insan. The vocalists sang melodious hymns devoted to the pious incarnation Month of their Guru Saint Dr Gurmeet Ram Rahim Singh Ji Insan which created a lovely ambience of divine bliss.

Dip of divinity via the Holy Sermons of revered Guruji

Giant LCD screens were installed under the shed so that the devotees could see the screen and hear the sermons clearly. The recorded sermons were played and devotees peacefully listened to Guruji’s sermons while getting the Darshan through LCD screens. A lovely song sung by revered Guruji called “Pi Pi Pi Pi Pi Piya Piya” was played on which the devotees thoroughly enjoyed while swaying with the rythm.

Revered Guruji said that those who will trust whole heartedly and will stay true to the three principles of Dera Sacha Sauda, will receive millions time more benevolence than before.

Guruji said that His each and every moment is dedicated to the well being of complete humanity and that His only aim is brotherhood amongst people of all religions, and no living being should have to suffer. Guruji said that if along with being knowledgeable and action oriented, a person also meditates on God’s words then he can change his destiny. Human beings should display kindness towards all living beings.

A short documentary related to tree plantation was shown to the devotees, after which they all pledged to plant maximum trees on 15th August. In the beginning of last month, with the motive of instilling patriotism, revered Guruji had asked the followers to respect their nation and had asked them to pledge to hoist tricolour at their homes. Based on the pledge, till date millions of Dera Sacha Sauda volunteers have placed and hoisted the National Flag at their homes. On 7th August too, the volunteers came to the Satsang Pandal while holding flags in their hands and displayed their love and respect for the nation.

After the program, langar and prashad were served to the entire gathering in a very short period of time. It is also worth mentioning that the volunteers of traffic committee also managed the traffic in well disciplined way. The vehicles were parked in a well organised way and thereafter the traffic on roads was also managed with great diligence.

It is worth mentioning that Saint Dr Gurmeet Ram Rahim Singh Ji incarnated in the pious village of Shri Gurusarmodia, district Shri Ganganagar, Rajasthan, on 15th August 1967. The Dera Sacha Sauda volunteers across the globe celebrate the pious month of August by doing 142 welfare works worldwide.