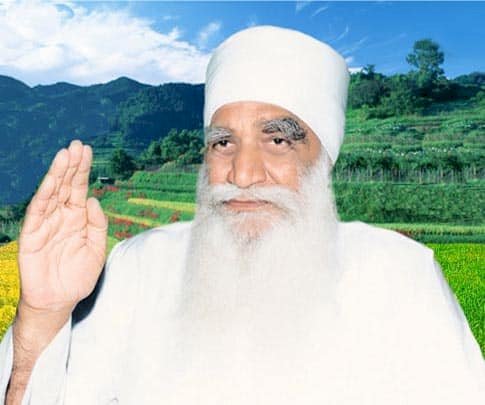 One day Many Celebrations-25Th January the day of Joys

You must be wondering that what is so special on 25Th January and why is it called day of joys.Though never heard about it much in mainstream media,but yes off course the day next is widely world famous as 26th January is Republic day of India. So,let’s find out what makes 25th January special as mentioned above. It’s the birthday of one of the greatest Saint of India.Named Shah Satnam Singh ji Maharaj, second true master of the Dera Sacha Sauda Sirsa,Haryana in India. Born on 25th January 1919.So it’s going be 102nd birthday of Shah Satnam Singh ji Maharaj.

Let’s get more details about why we call this particular day -A Day many celebrations. What’s the ideology behind it all. So let’s have an first hand in depth look into the life story of Shah Satnam Singh ji Maharaj, who is famous among his lovers and millions of followers by the name of Param Pitaji also.

Born on 25th January in the house of Sardar Waryam Singh &amp; Mata Aas Kaur ji, in the village named, Shri Jalalana Sahib, Sirsa, Haryana(back then it used to be Punjab). The family in which His Highness Param Pita Shah Satnam ji took birth was an elite class family and he being a Sole kid of the family he was loved by all. Basically the family was the landlords of the village and was well respected one.The parents were a pious soul and belonged to Sidhu cast of Jaat Sikh community. Although they were into practice of respecting all other religions too.

LOST HIS FATHER AT 5

Shah Satnam Singh Ji was only 5 or 6 years old when he lost his father, thereafter his upbringing was the biggest challenge for the mother. So, she took the courage and with help of her brother raised her son with high moral ethics of religion, well enough studies of those times and inherited all the best qualities to make her only son a good human being. One more thing to add on here Shah Satnam Ji was born after the wait of 18 long years and millions of prayers by parents and well-wishers of the family.

Since childhood Shah Satnam Ji was carrying a heart full of mercy and devotion to God. The urge to find God’s true love was so high and burning that, Shah Satnam ji used to meet and greet many Saints and all other devotees of God. But that desire to feel the real truth of God was not satisfied. The quest kept on growing he wanted to achieve top most form of Moksha and eternal love of Almighty. As written in destiny by Almighty and timing, finally Shah Satnam Ji met the Spiritual True Master – Shah Mastana Ji Maharaj at Dera Sacha Sauda Sirsa. Right after meeting Shah Mastana Ji, Shah Satnam Ji got sure that his quest and thirst of attaining Almighty’s love is going to end but it was not all that easy for him. His Master kept him attending his holy discourses but did not initiated Shah Satnam Ji with method of mediation (naamdaan).But at the same time Baba Mastana Ji assured him -do not worry we will call you when the right comes till then keep on serving our devotees and no harm to your body or soul will be done by death or any negative powers till the time we initiate you.

BLESSING WITH THE METHOD OF MEDITATION

And finally after the wait of 3 years that day came in 14th March 1953.There was a Satsang in Ghukeywali village of Sirsa. After finishing Satsang Mastana Ji called Shah Satnam Singh ji Maharaj and said come and sit nearby my chair. Tonight, it is an order by Almighty to bless you with holy words,and to make you worthy to carry on a very special responsibility. You will be the leader of Zindaram/Ruhaniyat( Spirituality). On that particular day Shah Mastana ji was very happy so does Shah Satnam ji, as they both got what they were waiting for times to make it bigger for times to come.

Thereafter, Shah Mastana ji took many tests on various parameters in spiritual terms of Shah Satnam ji. One of them is – asked him to bring all household stuff to Dera and then throw it out. Once thrown out entire stuff Mastana Ji checked his dedication by further saying to Shah Satnam ji why you kept all that household stuff outside of Ashram. Go outside and safeguard it yourself, else distribute it to the needy. As per the given instructions, Shah Satnam Singh ji responded and distributed the entire stuff without any second thought. Many tests undertook for 7 years period and then came the holy day of 28th February 1960.

28 th February 1960 is the day when Shah Mastana ji revealed the Shah Satnam Singhji Maharaj before the world. After passing all the tests of spirituality, which were never seen as easier. The lineage of the Dera Sacha Sauda got a successor in Shah Satnam Singh ji Maharaj. One interesting fact behind name Satnam was cleared by Shah Mastana ji-“Satnam is the holy supreme Almighty’s power which drives and controls the universe. As the birth name of Shah Satnam Singh ji was Sardar Harbans Singh. So a True Master chosen the successor and bestowed upon all his divine powers of Shah Satnamji and changed the name for the greatest cause of humanity. As no step of the Saints is for self, they live for humanity only, irrespective of cast, creed and religions or language, beyond the borders of nations.
“Taruvar Fal Nahi Khat Hai, Saruvar Peet Na Neer, Parmarth Ke Karno Santan Bhayo Shareer”

True Saints just think, pray and execute their lives for well-being and happiness of mankind and all creatures of the Mother Nature. Shah Mastana ji made a statement that one who cherishes the name Satnam and takes glimpses of Shah Satnam ji will not go the hell. A grand roadshow was conducted in Sirsa on that particular day with Shah Mastana ji and Shah Satnamji in a open Jeep and it was well received by devotees and citizen of Sirsa city.

Shah Satnam Singh ji Maharaj took the Dera Sacha Sauda to new heights and set benchmarks for simple and effective spiritual understanding.Shah Satnam ji penned more then 20 books and 1500 hymns in Hindi,Punjabi(though in present day the same is available in different languages too).The language used in these holy books is very impressive yet very easy to read and understand.Shah Satnam Singh ji Maharaj traveled a lot to preach the name of Almighty, new Ashram were built by him and existing ones grown big time under the guidance of His Highnesses. Shah Satnam Singh ji took an biggest social reform by setting an marriage system in Dera. Marriages started taking place in simpler form, no dowry, no extra rituals no much burden of band or music. This is still ongoing in Dera and among devotees of Dera Sacha Sauda.

During the period of His Highness Shah Satnam Singh Ji Maharaj’s Mastership, which is almost 27 years and 4 months. Satnamji visited over 2250 villages and initiated over a million souls (1108429). The 3 principal of Dera, not to indulge in alcoholic habits, no non vegetarian eating preferences and big no to illicit sex as it’s the biggest bar in attaining prime happiness on the path of spirituality.

Shah Satnam Ji then back in 1990 announced Saint Gurmeet Ram Rahim Singh as successor and said “Hum the, Hum hai, Hum Hi Rahenge “means we were,we are and we shall remain always”. And explained further that upon time the body changes of Saint though the majestic and divine powers remains within new succession.

Param Pita Shah Satnam ji always preached and practiced the message of love and pray almighty name -Naam Japo Prem Karo !!
That is the reason,25th January is celebrated with full zest and love all over the world and and the world comes to Dera Sacha Sauda for massive gathering and celebrations for the love of second True Master.