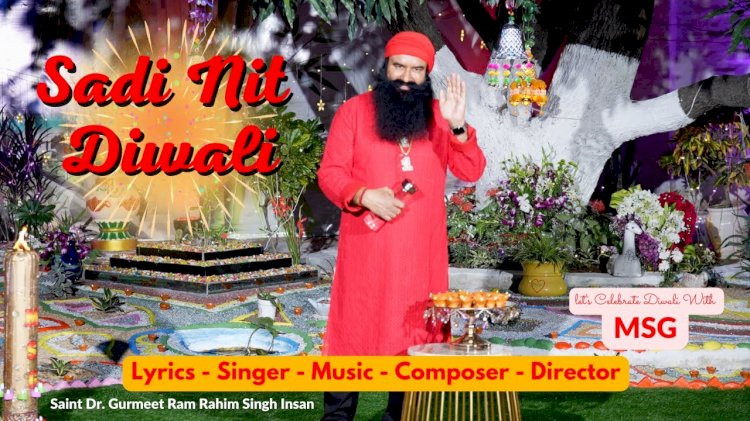 The teaser of this melodious masterpiece was launched in the Naamcharcha of 23rd October and the followers of Dera Sacha Sauda had been eagerly waiting for the song launch. Saint Dr MSG had promised to launch it on the night of Diwali as a musical gift.

Soon after the launch, this divine song took the world by storm; the followers across the world, in India, U.S.A., Australia, Kuwait, Newzealand, U.A.E., Italy, Canada and in many more countries treated themselves to this melody and danced to the amazing beats of the song 'Nit Diwali Hai'.

Lakhs of comments flooded the comment section of this song on YouTube. Compliments like amazing, mind-blowing, soul soothing, outstanding poured in large numbers. Currently the song has more than 3,20,000 views and 76,000 likes.

Creative and joyful, this festive number is a reminder of celebrating Diwali in its true essence.

Not just on YouTube, the song 'Nit Diwali Hai' is the talk of the town even on other social media platforms like Instagram and Twitter and is being liked by music lovers across the world.