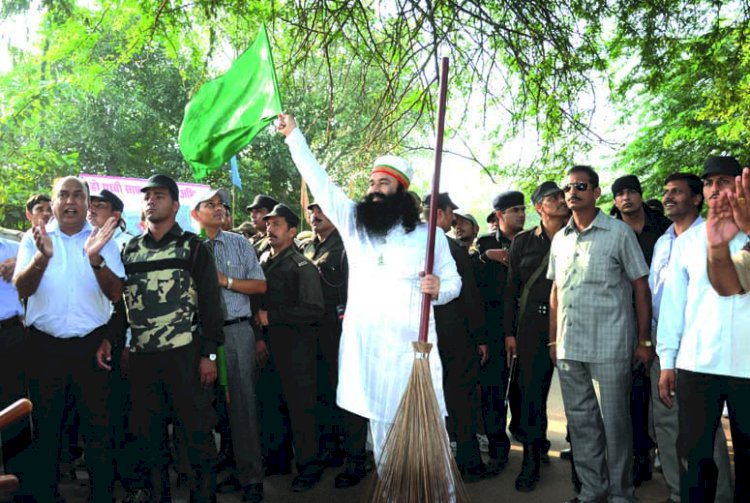 With the blessing of Saint Gurmeet Ram Rahim Singh Ji Insan, we are deeply committed towards our noble objective.HE is the source of our inspiration and keeping this idea in our mind, We started an expedition for the service of mankind. It was named by Guru Ji as a "Safai Maha Abhiyaan". Within two days with the help of 4,00,000 members, Shah Satnam Ji Green 'S' Welfare Force Wing created a landmark in the service of humanity because it was not less than a miracle.The whole Delhi was cleaned within two days. The whole movement of work was well organized and women also took part effectively in the whole movement.Even it was well acclaimed by the chief minister of Delhi Mrs. Sheela Dixit. The response of the all people was positive.It had been taken warm handedly by the citizens of Delhi.