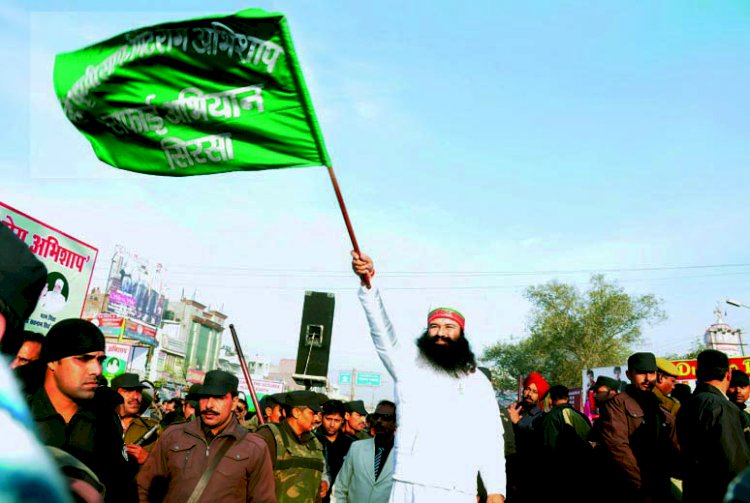 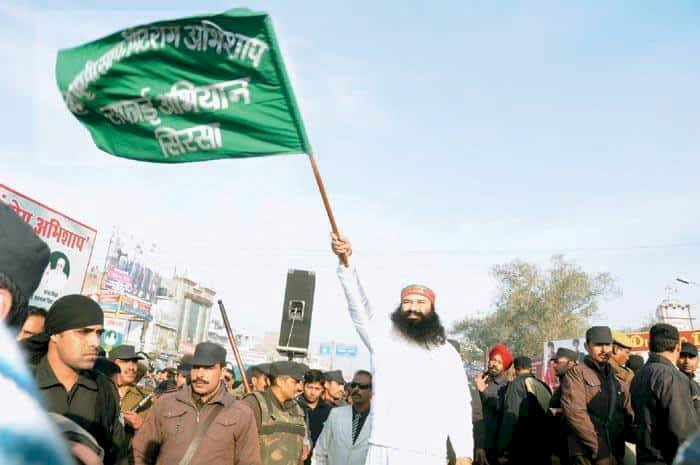 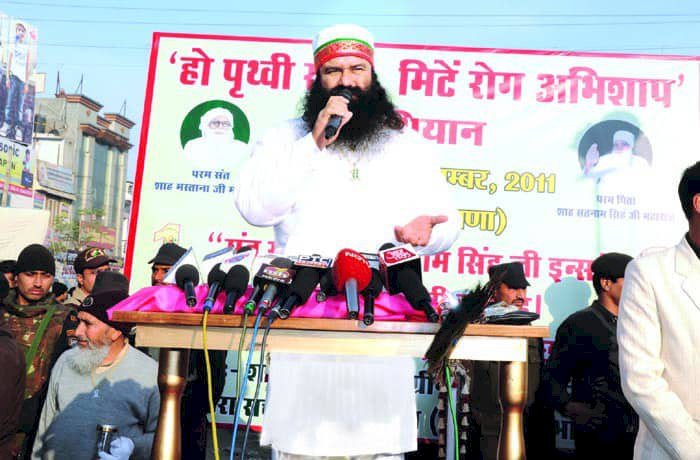 On the eve of Christmas, volunteers of Dera Sacha Sauda washed off the filthiness of Sirsa city with the drops of their hard toil and presented an incredible gift to inhabitants of the city. All the onlookers were found appreciating their endeavors. On an exhortation by  Revered Saint Gurmeet Ram Rahim Singh Ji Insan, myriad of volunteers from Haryana, Punjab as well as from other parts of the country came to join the campaign, which was held on December 24, 2011. Although, spiritual community (sadh sangat) was intimated about this expedition on a very short term notice, yet on abiding by the holy sermons of Saint ji, scores of followers were thronged over Dera premises by late night. They left such an indelible impression that everyone got motivated for cleanliness. The campaign was launched and flagged off by His Excellency Guru Ji at Dabvali Road near Red Light Signal at 9.00 am. Volunteers armed with brooms, and shovels toiled and spruced up the whole city within 3.30 hours.  His Holiness Guruji released the balloons depicting the slogans, 'Cleanse the planet earth, remove the disease curse'  ('Ho prithvi saaf, mite rog abhishaap'),  in the air. There, HE cleaned the specific area and motivated others to keep the earth clean, and showered eternal blessings upon the volunteers present over there.  Government employees, teachers, farmers, engineers and other officials had volunteered in the campaign and marched down the streets with brooms and shovels in their hands. His Excellence Guruji sermonized on this occasion, "Fortunate are those people whose descendents are involved in humanitarian activities. Indeed, the Almighty blesses those volunteers and bestows immense blessings upon them that they never remained deprived of anything internally as well as externally.   They are enamors of Supreme Authority, who throng eagerly for the sake of welfare." 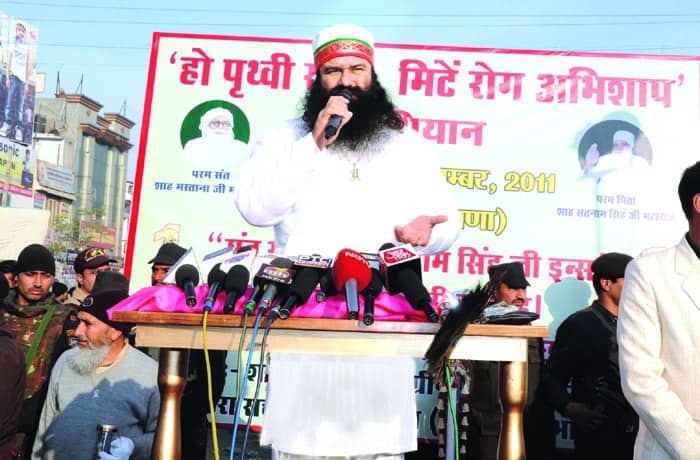 His Holiness Guruji asked the people to keep the surroundings clean as they do sanitize the kitchen. India is considered as the religious country but when the foreigners do come here to visit, they reckon it as dirty one. All the religions unanimously preach that to get the inner peace and tranquility environ must be cleansed. The city was divided into 8 zones and 35 wards. Furthermore, in order to cover the whole city volunteers were also divided into groups and were allotted particular area where they worked under supervision of 25 members (representatives of the state).  All the spectators  were amazed to see the passion and zeal among the volunteers to achieve the goal of cleaning. These campaigns are aimed to create awareness about the need to have clean surroundings and also sensitize people about various diseases like dengue, malaria, etc., which  spread  due to poor sanitation.