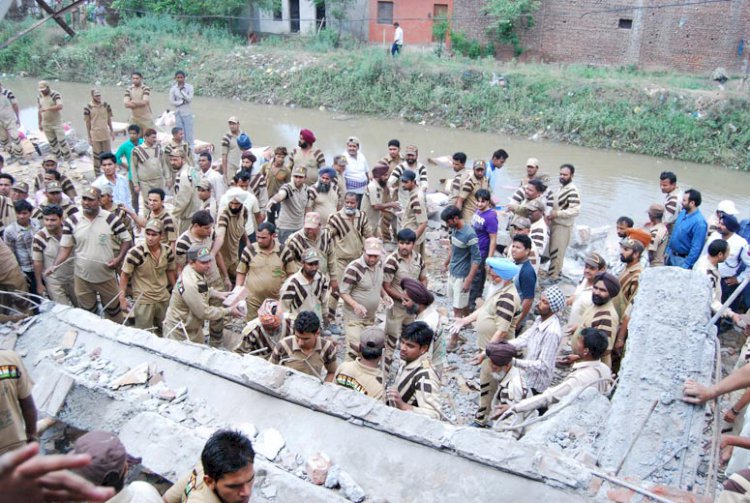 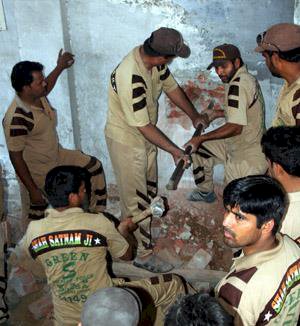 A multi-storey building of a blanket factory collapsed in Focal Point area near Jalandhar. The incident occurred at around 11:30 pm on Sunday night, when scores of workers were busy in manufacturing blankets in the premises of Sheetal Fibers Limited. 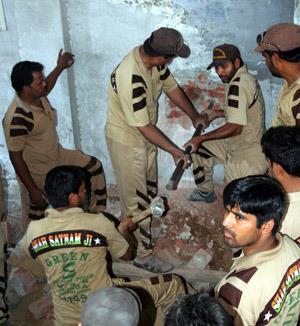