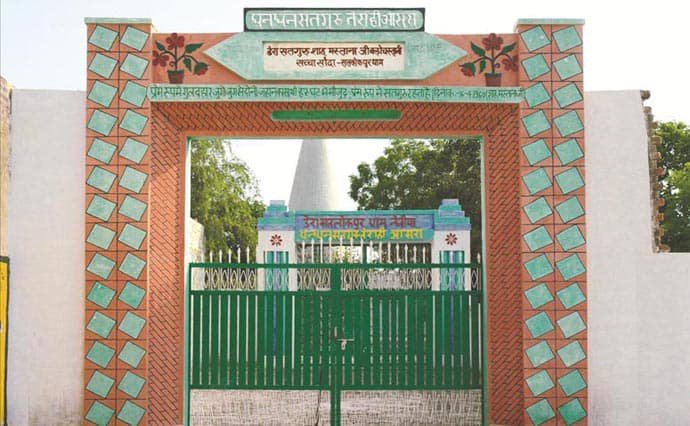 This ashram is situated at a famous road -crossing called chaupta. It is an incident pertaining to year 1955. Beparwah Mastana Ji overheard some passerby camel men defaming the Dera while standing outside in the morning sun. He called them in and asked about the basis of their belief. They were scared, but become normal upon assurance by Shen Shah Ji. They felt great relief due to loving behaviour of Beparwah ji and their misunderstandings were removed. They promised to come at Sat sang and adopt Gurumantra. One day yours noble self sent Dadu Bagri and an other person to Nejia Khera for doing Naam "“charcha there.

Prominent persons of the village were impressed very much. They requested for making an ashram there. Those persons who were deadly against Dera were dancing with gay abandon. 10 kanal area was earmarked for proposed ashram and construction started with due permission. It was christened as "D.S.S. Satlokpur Dham." Sat sang of 28-29 December was organized here. Shehn Shah Mastana Ji said," A large tract of land will be purchased and a royal Dera and a very large hospital for public facilities will also be erected here, making Nejia and Sacha Sauda as one. 25 rooms with verandah, Langer hall, and a drinking water diggie and boundary wall all round, are the parts of this ashram. Trees are laden with fruits The ashram is a place of pride for the village.