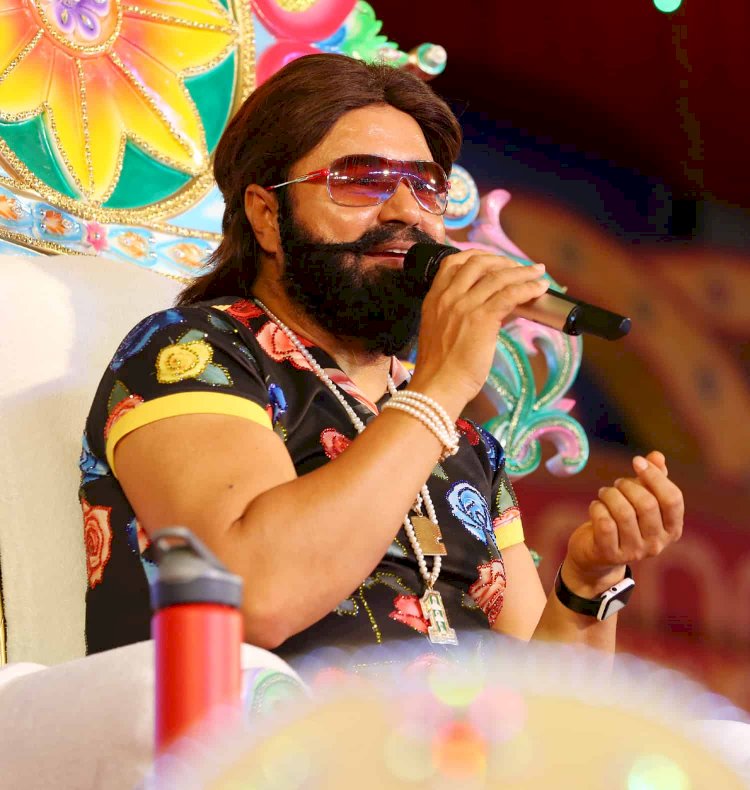 The differential gesture of the devotees from all over the world was witnessed at Shah Satnam ji Dham, Sirsa, the confluence of all religions, to mark the celebration of the Foundation Day of Dera Sacha Sauda. All the 8 pandals that were spread across 400 acres were jam-packed and all the paths to the ashram were stacked with vehicles for kilometers, such was the enthusiasm with which devotees poured in. 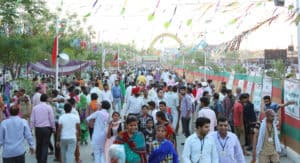 The glory of glittering Dera Sacha Sauda was worth seeing. On this occasion,Revered Guruji blessed the aspiring devotees with the Guru Mantra and all took a vow to abandon and repudiate social evils & intoxicants like drugs and liquor. 41550 people were blessed with the method of meditation over two days. Guruji blessed everyone urging to remember the Almighty forever, since His remembrance fulfills all wishes. 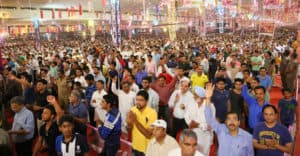 On 29th and 30th April, a holy Bhandara was organised at Shah Satnam ji Dham to mark the occasion of 69th Foundation Day of the Dera Sacha Sauda and 10th anniversary of Jaam- E-Insan. This two day affair witnessed the advent of more than 1.06 crore devotees from different countries and states that joined in the merriment of celebrations and availed the benefits of revered Guruji's pious spiritual sermons.

A mega cultural extravaganza was held in which brilliant artists from all over the nation as well various countries participated and displayed their talent before Guruji and audience. The spectators were captivated and fascinatedby this grand international level cultural festival that saw participation from US, Australia, Dubai,etc and many states of India. 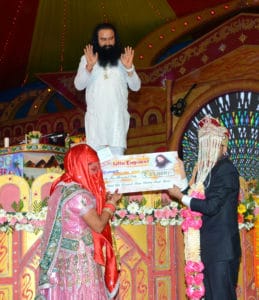 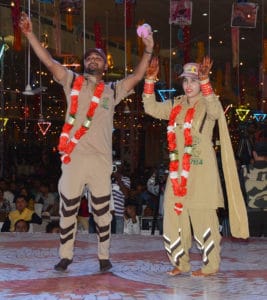 The audience burst with cheers and applause when Rev Guruji appeared in the get up of Headmaster from his upcoming flick Jattu Engineer. Driving the self designed vintage tractor, His entry was in an incredible style that left each one wanting more. Amongst the loud cheers and excitement of fans and followers, Saint Dr. Gurmeet Ram Rahim Singh Ji Insan launched the trailer and song "Holi ki Pichkari" from His upcoming comedy movie "Jattu Engineer" that got a mega reception from the audience. This movie, directed by the Father Daughter Duo, spans over 2 hours 19 minutes and its shooting was completed in mere 15 days, setting up a record in itself. The movie set that comprised of a complete functional village with 40 homes, a school, 10 streets, a police station, teacher quarters and Panchayat building, was completed in just 30 days. 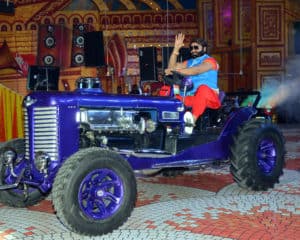 Jattu Engineer promises a healthy entertainment, filled with comedy and great messages. It is a family movie with no obscenity.Saint Dr. Gurmeet Ram Rahim Singh Ji Insan will be seen in two contrasting roles in this movie. The Headmaster Shakti Singh Sisodia, who is a serious character and a funky character Sghaint Singh Sidhu, whose actions and dialogues will leave the audience in fits of laughter. The Headmaster comes to this village after getting transferred and transforms the village and villagers into becoming a productive, self-sustaining and hardworking village. 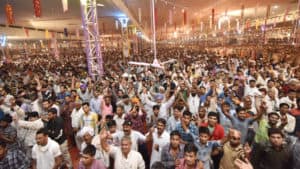 The movie is due to get released on 19 May 2017 and is being eagerly awaited. 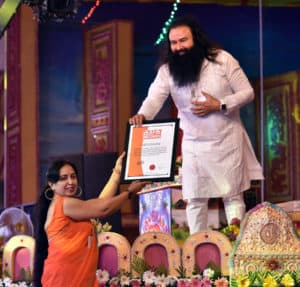 Mobile welfare works "“ This new addition to the welfare activities is one of its kind in which the Mobile vans will be sent across to various villages. These vans will provide free medical care and treatment, food items, free toys and admissions to schools. IT professionals and medical professionals will accompany these vans for facilitating the aforementioned activities. The IT professionals will also teach the usage of internet for making bank transactions. These vans will also serve the purpose of mobile cinemas and the movie "Jattu Engineer" will be shown to the poor people free of cost. 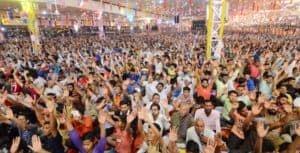 Self-defence training for women- To empower women in the field of self-defence, teams of women will be formed who will go to different villages and cities to train the female folks in taekwondo, karate, judo etc. This task was given as a suggestion by a reporter and was accepted and included in the list then and there itself.

A huge number of reporters from various channels and newspapers gathered on this occasion and had a heart to heart talk with Saint Dr. Gurmeet Ram Rahim Singh Ji Insan. Many of them were eager about the upcoming comedy movie "Jattu Engineer" and asked several questions regarding the making and challenges faced during the movie. Saint Dr. Gurmeet Ram Rahim Singh Ji Insan answered their questions and sung a few lines from his movie song. Everyone was content after talking to the great Spiritual saint and felt the bliss of this spiritual festivity. 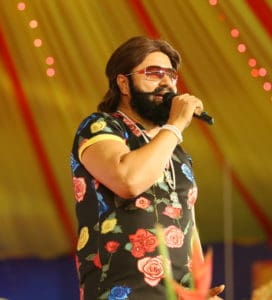 On this pious occasion, Saint Dr. Gurmeet Ram Rahim Singh Ji Insan celebrated by playing holi with all the followers present in the pandal. A souvenir in the form of a holy coin was given to the followers Â and food and parshad was served to all. 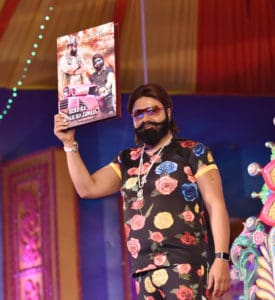