Dera Sacha Sauda celebrates the Incarnation Day of Param Pita Shah Satnam Ji Maharaj every year with huge pomp & show along with executing many welfare activities under the holy presence of Revered Saint Gurmeet Ram Rahim Singh Ji Insan. The Dera exhibits a unique custom of celebrating every occasion by executing welfare activities, all thanks to the inspiration by His Holiness Saint Gurmeet Ram Rahim Singh Ji Insan.

This year too, Dera Sacha Sauda celebrated the 95th Incarnation Day of Param Pita Shah Satnam Ji Maharaj with the same zeal. On the one side, Revered Guru Ji blessed the devotees with the spiritual teachings, whereas on the other side, many welfare activities were also executed under the holy auspices of His Holiness. Around 22.5 million devotees gathered at the ashram to participate in the celebration. 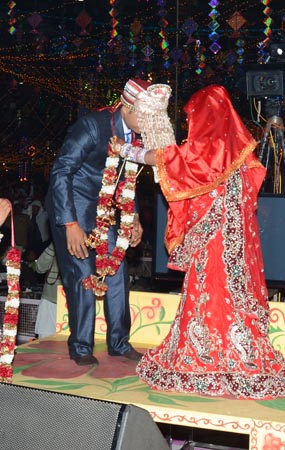 Some of the glimpses include:

Not only the 50 million devotees of Dera Sacha Sauda are involved in the execution of welfare activities, but the members of Royal Family (The blood relations of Revered Guru Ji) also keep themselves ahead in undertaking every welfare activity. On the occasion of Incarnation Day of Param Pita Shah Satnam Singh Ji Maharaj, all the members of Royal Family presented Rupees 51 thousand for the welfare of needy & bereaved. Moreover, the elder daughter of Revered Guru Ji, Shahibzaadi Charnpreet Insan and her husband Dr. Shaan-e-Meet Ji Insan provided a newly-constructed home to a needy person Yogesh Insan from Sukhchain Colony, Sirsa on the occasion of birthday of their son Heartmeet. Revered Guru Ji presented the keys of this new home to Yogesh Insan with HIS pious lotus hands.