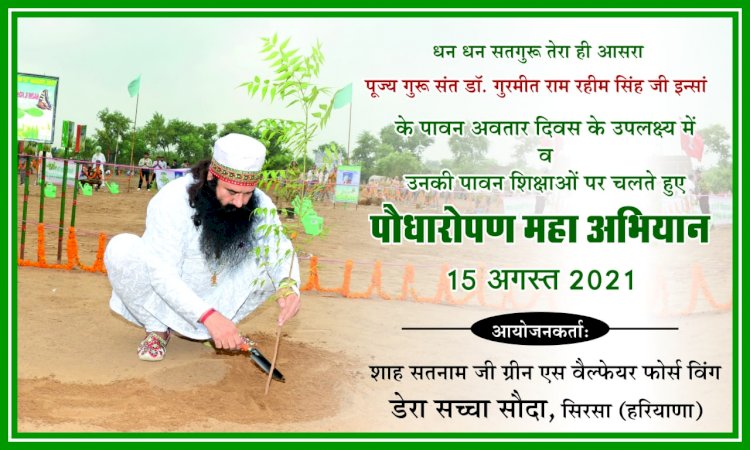 The Day was high on welfare works. On this pious occasion, a Naamcharcha was organized at Shah Satnam Ji Dham, Sirsa.

Volunteers celebrated Incarnation Day, August 15, by singing hymns and praises of HIS amazing grace. When the souls are burning in the pyre of Satan's heat, every moment, due to the influence of 5 senses, i.e anger, greed, lust, attachment and ego, only the company of Saints can bring true happiness and witness this happiness, and feel inner bliss, millions visit DSS every month on the occasion of monthly spiritual congregation.

This Month is blessed and the most pious month for Followers, when true Master incarnated (Incarnation Day, August 15)  and took human form.

Followers celebrate the day, which also happens to be the Indian Independence day, with showing their love for the country and Planet, by planting Trees, as a gift to their Revered Master, the best philanthropist, one can ever see. Blood Donation, Medical Camps are organized providing free screening for critical diseases and health issues.

Scores of Volunteers were seen standing patiently in queues for donating Blood and offering their services in various other camps organized in the Sachkhand Hall premises of DSS, Sirsa. Also a deluge of other welfare initiatives, undertaken by the followers.

4 brand new homes were constructed and keys handed over to the needy, by the very Respected Mata Ji, Naseeb Kaur Insan, 8 tricycles donated to the visually impaired, and Toys and other items of daily use given to needy families.

Prior to this, on 14th Aug., millions planted trees around the globe to commemorate the holy Incarnation Day, August 15 of Rev. Guru Ji.

DSS has been instrumental in turning vast lands of deserts into lush green forests. Dera Sacha Sauda, itself was built in the midst of mounds, which were converted into lush green fertile lands, with extreme hard work and perspiration of thousands of volunteers in 1948 under the pious guidance of Shah Mastana Ji Maharaj.

The Ashram now boasts of every variety of fruits, vegetables, all sorts of foodgrains are grown all year round. Rev. Guru Ji being an ardent nature lover and agricultural scientist has invented ways to get 16 different types of harvest from a single plot of land, at one time.

He inspired people to go organic for the sake of their health and also to save the land, to stay fertile for a longer time. His love for nature is profound by utilizing every bit of land available, for farming, growing trees, in the best possible manner.

Tree Plantation Campaigns had been initiated by Rev. Guru Ji in 2009, to combat climate change and to bring a new lease of life to the planet. Guru Ji strongly believes that Trees can reverse the harm done to the planet due to industrialization and other means and every person needs to plant at least one tree every month, to produce the amount of oxygen, inhaled by him in his lifetime.

To make Tree Plantation a part of the regular lifestyle, he also motivated followers, to plant trees as part of every memorable occasion in their lives like marriages, birthdays etc. as the tree grows it can remind you of the occasion.

Taking this to a bigger level, Mega Tree Plantation Campaigns are conducted by the followers where lacs of followers plant trees around the globe, at the same time. This brings a sense of unity and brotherhood too, apart from helping the climate in a huge way. Till date, 4,18,31,075 trees have been planted by followers. To add to this further, this year on 14th Aug. 25, close to 30 lac trees planted by the volunteers taking the count to 45 million. These trees are well taken care of by the Volunteers as per the sermons of true Master, like their own babies.

Fortunate are the ones who celebrate Incarnation Day, August 15 of True Master with the utmost passion and dedication and when spirituality meets humanity, it stirs up magic in the world. The magic of true love, true devotion and selflessness and an example of these are found in DSS Followers and the magician is none other than the Revered Master Saint Dr. Gurmeet Ram Rahim Singh Ji Insan. 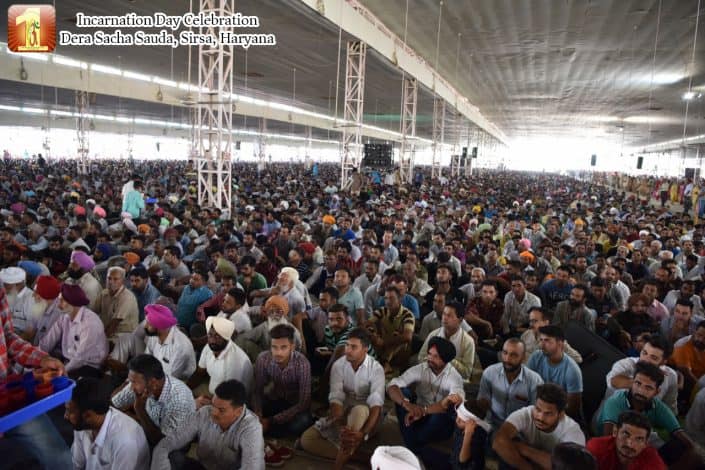 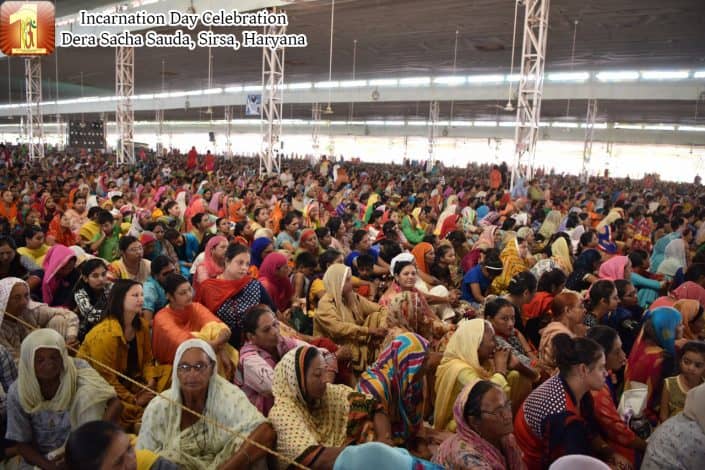 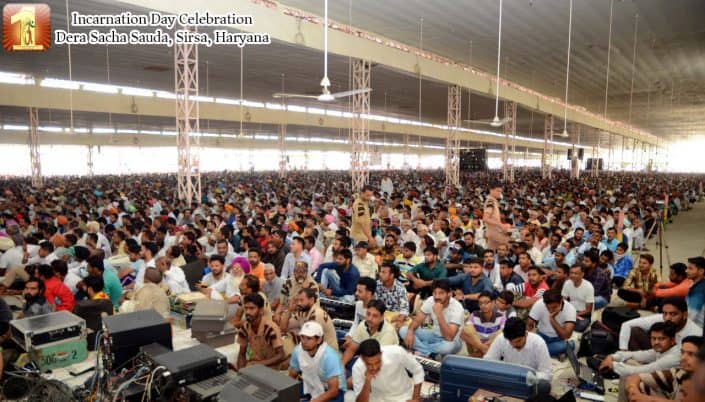 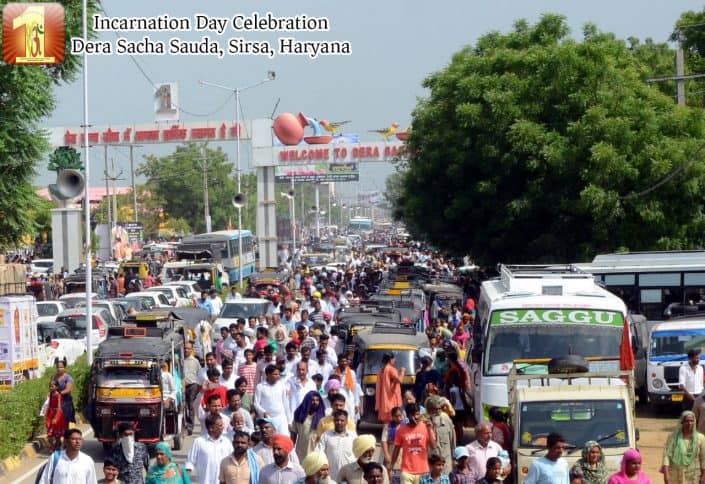 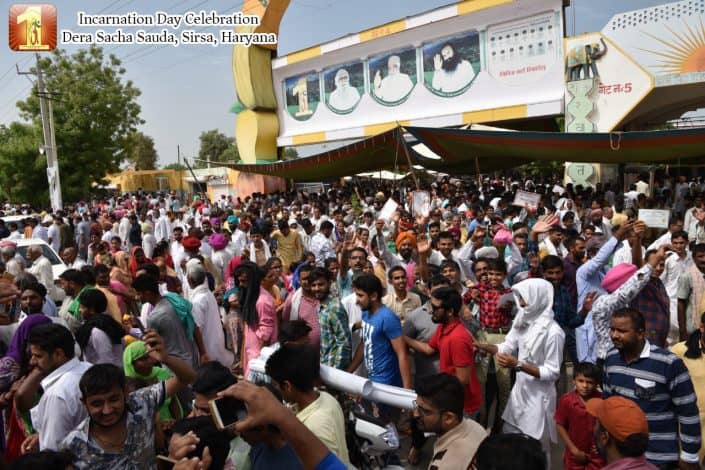 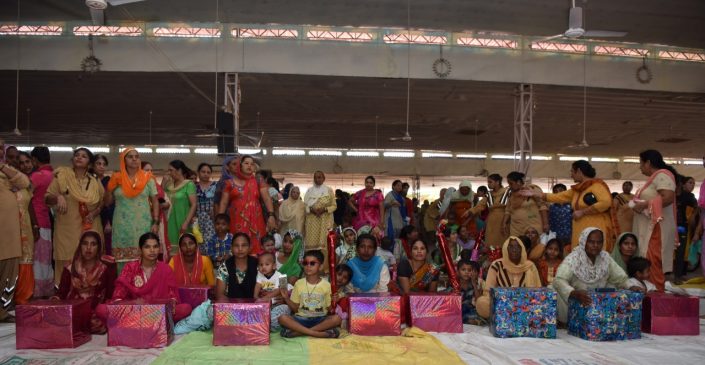 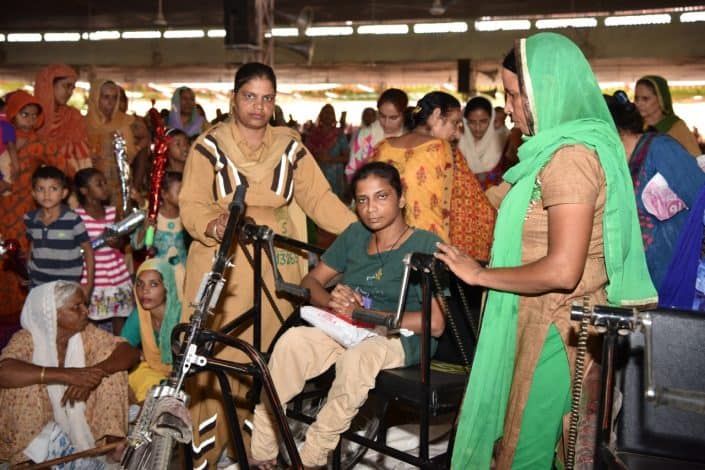 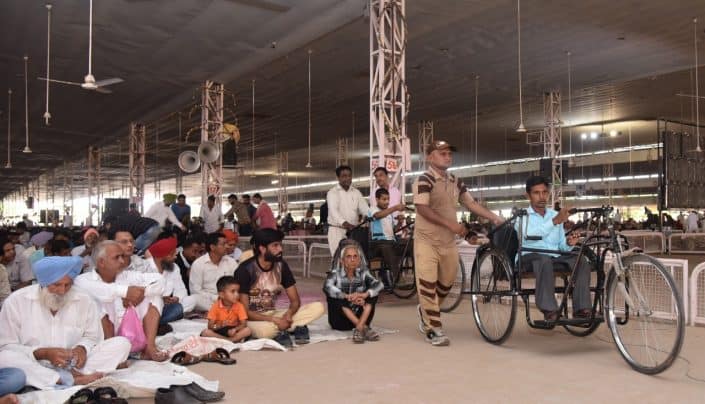