Naamcharchas by  followers to commemorate Foundation Month of DSS

This is the month (DSS Foundation Month) when DSS was founded, by Rev. Shah Mastana Ji Maharaj, on 29th  April 1948. DSS, true confluence of all religions,  has taught the masses how true brotherhood can exist between all religions. 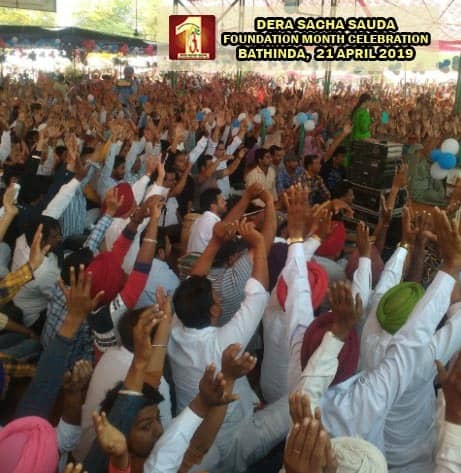 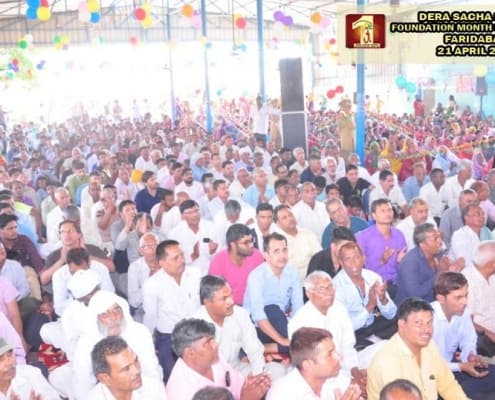 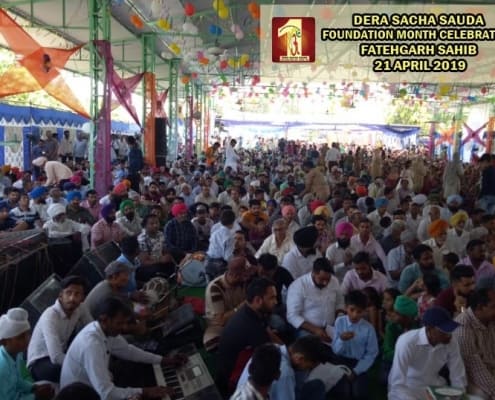 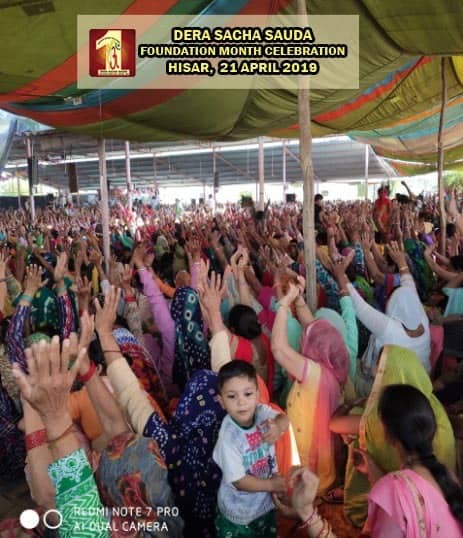 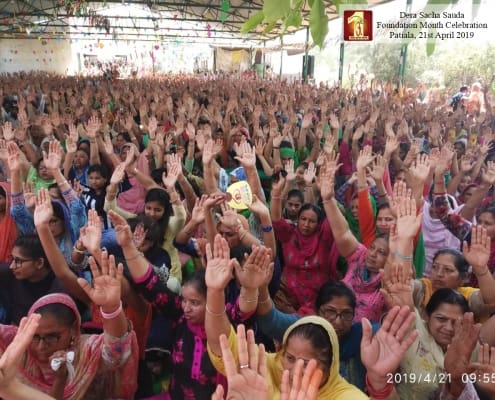 This is the only place in the world, where people from all religions can sit together  in devotion to their respective Gods. DSS never stops or forces anybody to follow  any particular religion. In fact, the Masters here have been teaching the lessons of all  religions.

Muslims come to know about the teachings of the Quran and similarly, Hindus  are taught lessons from Geeta and so on. It is in fact, exhorted by Saint Dr. Gurmeet  Ram Rahim Singh Ji Insan that all religions teach humanity one and God is one.

Therefore the duty of a human being is to serve mankind selflessly and spend time in the devotion of True Master. It is strictly prohibited to show off like one's religion and does  not follow the teachings. "A man will be considered religious if he follows the  teachings of the religion, rather than just showing off wearing the clothes of that  particular religion," says Rev. Guru Ji.

This month being the DSS Foundation Month, followers are on  their toes, serving humanity with full vigor. Right from 1st April various activities of  welfare are undertaken by the followers.

Naamcharchas are conducted every day.  This Sunday,  21 st April, being a Sunday, district level Naamcharchas are being organized in all the  major states of North India including, Punjab, Haryana, Delhi, UP, Rajasthan, etc. to  sing praises of the true lord and to spend time towards devotion and serving humanity (DSS Foundation Month).

Followers from far and near visit naamcharchas to take a dip in the ever-flowing  divine energy. It is indeed a blessed month (DSS Foundation Month) when followers forget their own identity  as they serve the needy and wipe out tears flowing through these hapless souls.

Followers distribute needy items like groceries, stationery, etc. conduct marriages of  the poor girls, construct homes for the homeless. As part of Polio and  Disability Correction Camp being initiated on 18th April, hundreds of patients got  treatment, including aids, surgeries, medicines, etc free of cost.

This brings immense  happiness to these souls, serving the needy and their prayers and services bring  relief to thousands of destitute.

It is indeed a wonderful method taught by reverend  Master, to bring happiness and bliss to the souls both serving and the served. May Lord bless the universe with his kind grace, and spread waves of his divine  love infinitely.