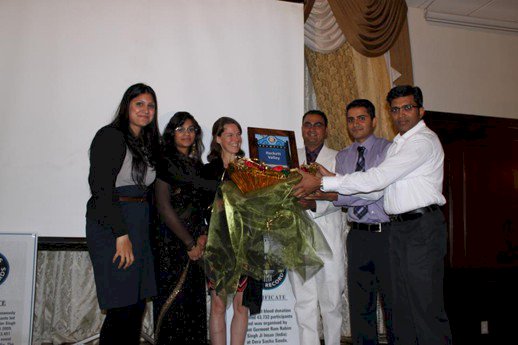 The countless blessings of Revered Saint Gurmeet Ram Rahim Singh Ji Insan are reflected in the fact that the Shah Satnam Ji Green 'S' Welfare Force Wing at Toronto (Canada) adopted a park in the Canadian city of Brampton, on August 12th 2012 when an inauguration ceremony was also held for it where officials from the city of Brampton and the Toronto Region Conservation were also present. For the next two years, the Toronto devotees will take care of tree plantations and cleanliness of this park called as Hackett Valley. A sign board in front of the park clearly states that Shah Satnam Ji Green 'S' Welfare Force Wing has adopted it.