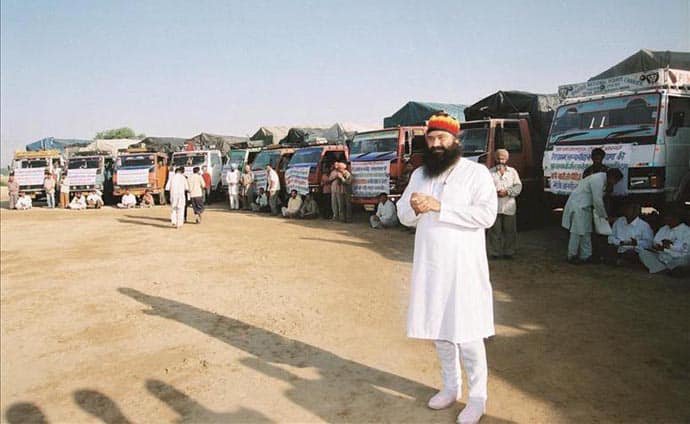 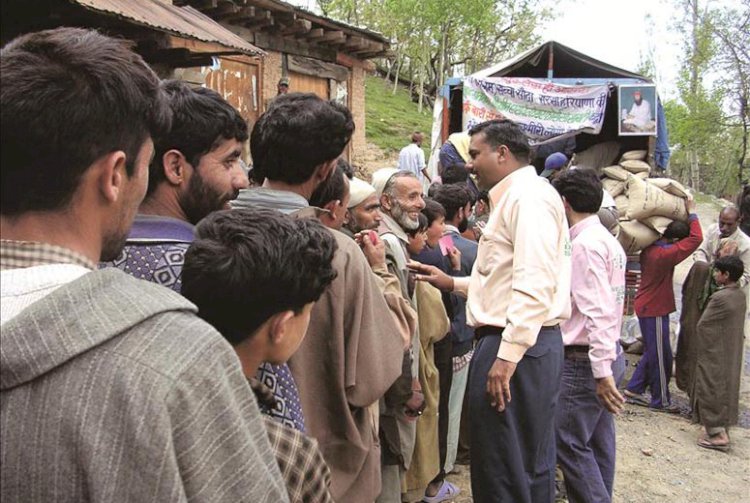 The Snow Avalanches in Jammu and Kashmir

Water is life and without water, the existence of life cannot even be imagined. But water can attain several destructive forms as well and it can descend upon mankind as a scourge. The same form of water descended in the form of snow and ice in January 2005 in Kashmir and caused heavy destruction. Kashmir suffered heavily in its wake. It broke all previous records of snowfall and the whole valley was covered in snow. Anantnag, Kupwara and in several districts, the excess of snow caused the several deaths. Over 350 people lost their lives and hundreds of houses caved in. Traffic was held up as the most roads were blocked. People were struggling for articles of daily living. In this hour of distress, Dera Sacha Sauda rose to Guruji's call to help them. An 8 member team of the Shah Satnam Ji Green 'S' Welfare Force Wing did the initial survey of the affected areas and based on their feedback, on 30th March 2005, Guruji dispatched food materials and required rations to the avalanche struck areas. Following that on 25th April, another convoy was sent with a large installment of additional relief materials. The sixteen member team of the Shah Satnam Ji Green 'S' Welfare Force Wing paid particular attention to Block Shahbad in Anantnag. This area was heavily hit because the thick of snow ranged from 8 to 15 feet. People were surprised by the love and affection showered by the volunteers of Dera Sacha Sauda. And several areas in which the administration had not been able to reach were covered in this drive. In these 2 phases, 60 villages of Anantnag district were helped, covering a total of 4760 families and in the process, disbursing 1,100 quintals of rice, 270 quintals of lentils, 80 quintals salt, amongst a host of other things.