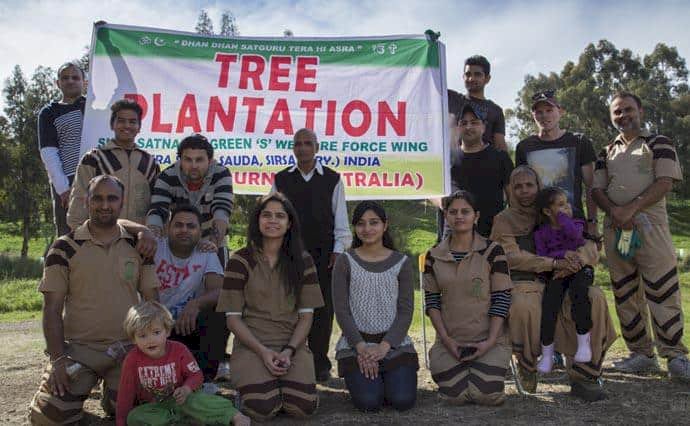 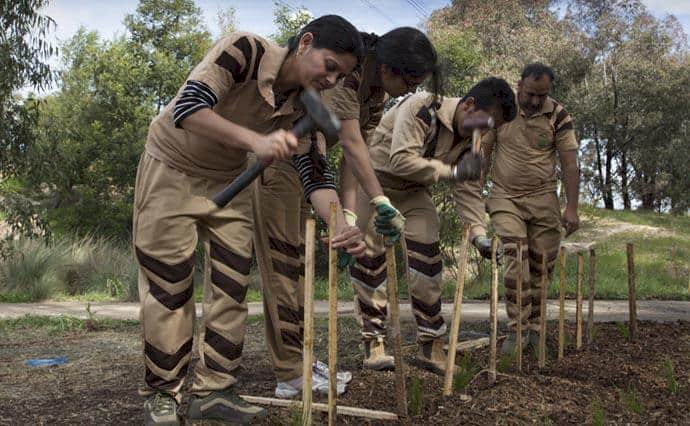 Two Tree Plantation Drives within a Day in Melbourne, Australia.

Inspired by Dera Sacha Sauda followers across different parts of the globe, Dera volunteers residing in Melbourne in Australia executed two Tree Plantation Drives on a single day on 15th September 2013. Zealously the members of Shah Satnam Ji Green 'S' Welfare Force Wing dressed up in their uniform and other followers reached Hume City Council, Sunbury at 10 AM in the morning and planted 1200 saplings within a brief period of 2.30 hours ending 12.30 PM. It is honorable that Malisa from the Hume City Council appreciated the association of Shah Satnam Ji Green 'S' Welfare Force Wing members with the council and their zealous efforts to help with tree plantation for environmental up gradation. Next, volunteers and other members reached Moreland City Council, Coburg North at 1.00 PM and carried out the tree plantation drive till 3.00 PM. A total of 800 saplings were planted. We are grateful to the Council authorities who acknowledged our efforts and thanked our Revered Guru Ji Saint Gurmeet Ram Rahim Singh Ji Insan. It is none other than Revered Saint Gurmeet Ram Rahim Singh Ji Insan who is the inspiration of the followers of Dera Sacha Sauda. It was on 15th August 2009 that Revered Guru Ji initiated this welfare activity when lakhs of volunteers adhering to His single call planted more than 9 lakh saplings across the nation, which, by the grace of God got enlisted in Guinness Book of World Records. This welfare activity has been named "Nature Campaign" by Revered Pita Ji and the reason behind its initiation is conservation of planet Earth by planting as many trees as possible to counter the depreciation of flora and to prevent environmental degradation to the extent possible. 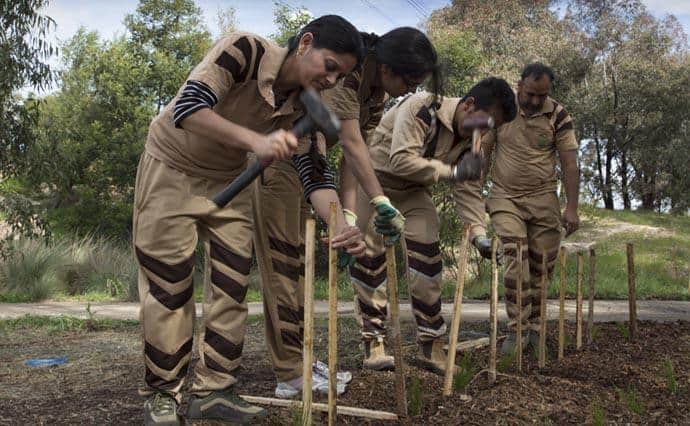