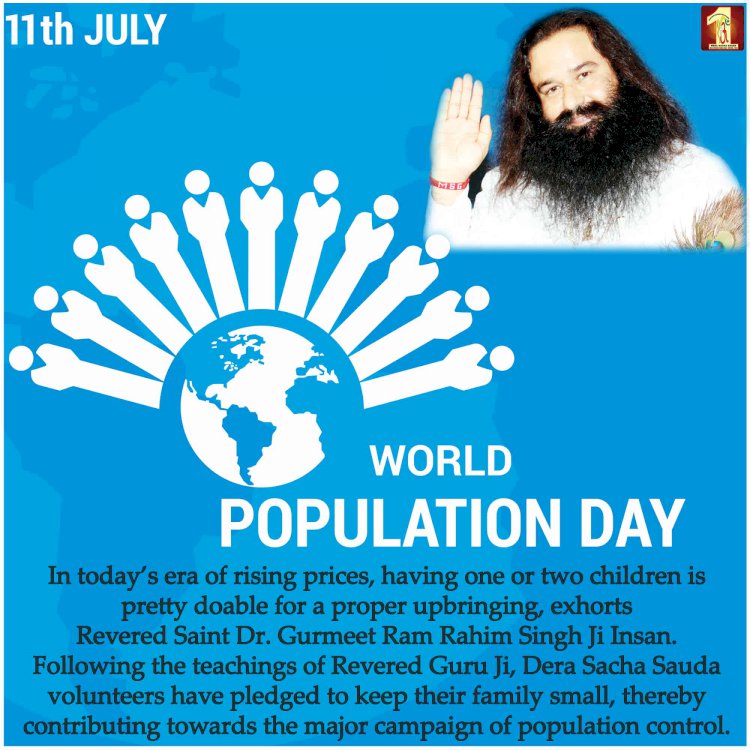 Population Explosion, a crisis giving rise to widespread unemployment and many more issues The population is our biggest resource, that is true, yet when this resource goes beyond limits, it can turn into the biggest liability too. When the young population needs to be fed properly, groomed with the right education, provided life long skills and provided employment to sustain. And all this needs resources. And countries, loaded with more and more population, lose the balance. This is currently witnessed in the countries which are overpopulated.

It is always better to contain the population of a country to optimum than to let them struggle or in worst cases die due to lack of proper infrastructure and facilities. Every year World Population Day is celebrated on July 11th, to spread awareness on the ill effects of overpopulation.

Although over-population is more of a hazard due to the pressure it puts on natural resources. And for economies to sustain, a healthy balance is essential. This day was initiated nearly 3 decades ago, as the rising population was triggering newer challenges across the globe. People celebrate the day differently across various parts of the world. Some have essay contests, picture contests walks, to commemorate the day and spread awareness.

Unemployment is growing at a phenomenal rate all over the world. And every measure to contain this monster is turning to fall short in front of the growing population and the number of mouths to feed. The unemployment data from various parts of the world will blow your mind. So how do contain this deadly monster?

Dera Sacha Sauda has come up with a unique initiative to tackle this issue of population. Under the leadership and guidance of Saint Dr. Gurmeet Ram Rahim Singh Ji Insan, Followers pledge to contain their families to 3 members, i.e. a couple and a child, giving the slogan, “हम एक हमारा एक”,  which ideally means we (couple) are one and so is our child. If some are interested to go for another one, Guru Ji has coined another slogan. “बस दो ही काफी, दो के बाद माफ़ी”, means pardon us, but we cannot go beyond 2 children.

Widespread awareness about ill-effects of over population

Till now lacs have pledged to contain their families and are committed wholeheartedly to their decision. So basically, making the masses aware of the challenges of raising more than 2 children, Guru ji has come with these slogans. Elaborate satsangs, explain the many hazards of raising more than 1 child in the present era.

In fact, rural areas have transformed with the many awareness drives and satsang conducted by Saint Dr. Gurmeet Ram Rahim Singh Ji Insan, who were known to producing almost half a dozen kids. Sometimes for a male child, the number of kids just landed into even dozens, such was the state, not any more.

His holiness has even come up wit the initiative "Kul ka crown" for those having a single girl child and her parents wanting to have a son, to take the name forward. Then the groom stays with the bride's family with assertion form both sides and follows the lineage of the girls' side. Such initiatives have built a lot of trust, in the community and mindsets have changed tremendously, all thanks to His Holiness and His revolutionary teachings.

Today the world needs such revolutionary initiatives to brave the challenges of over-population and unemployment which is the effect of the former menace. If only these initiatives pick up the pace all over the nation.