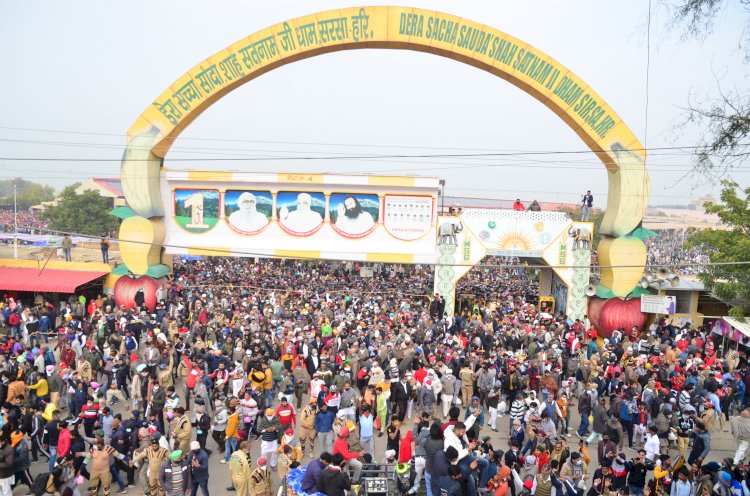 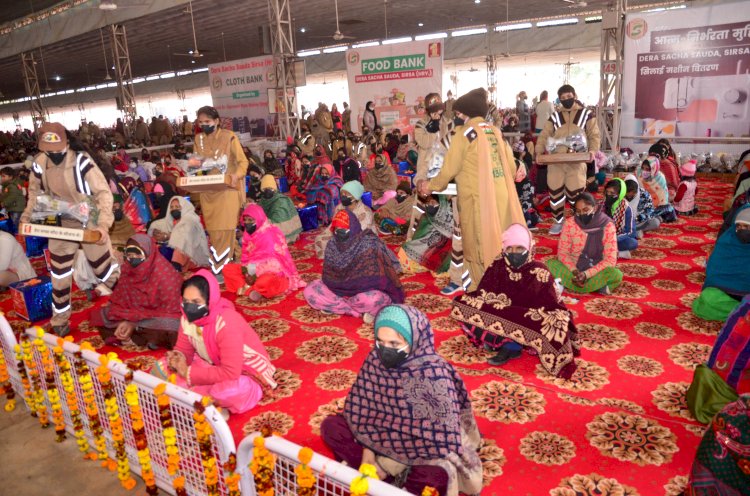 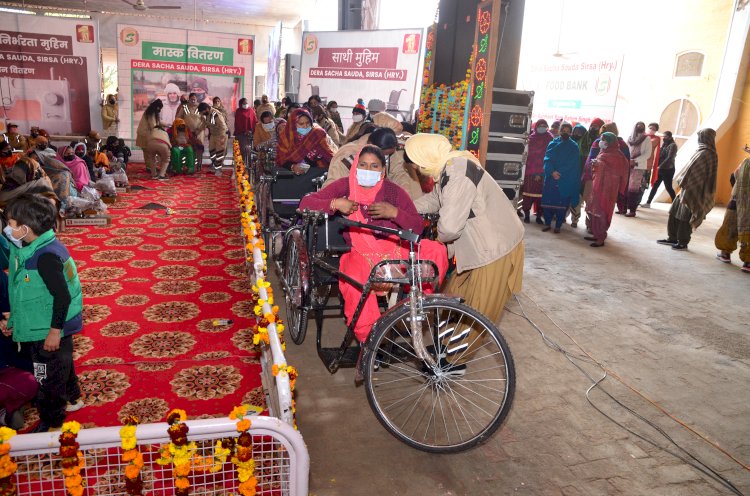 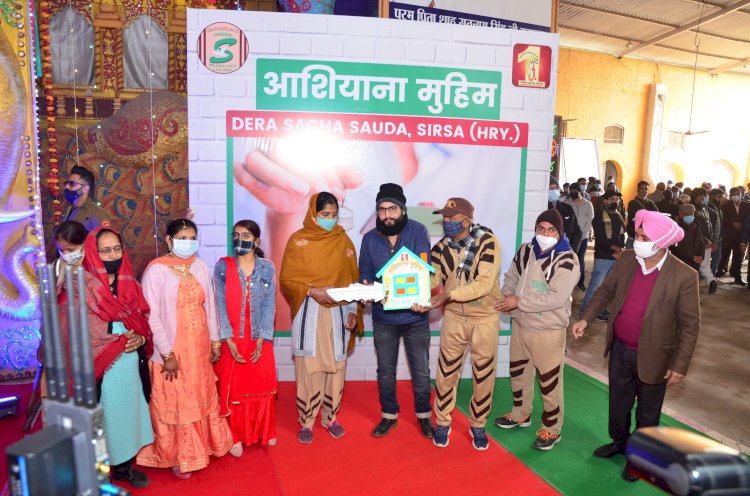 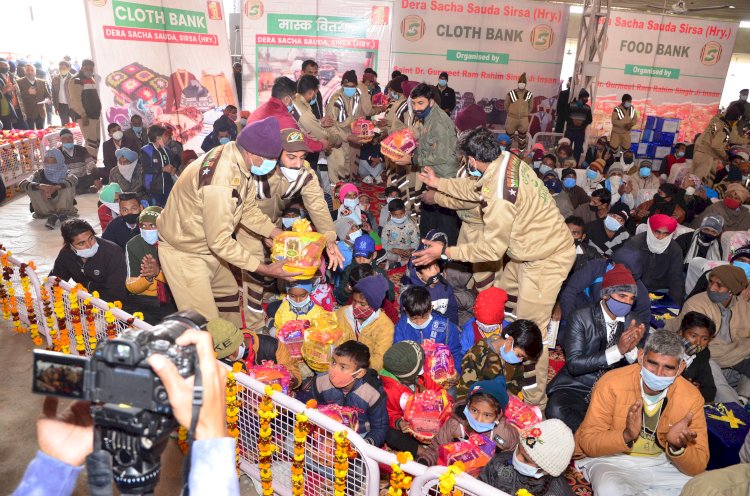 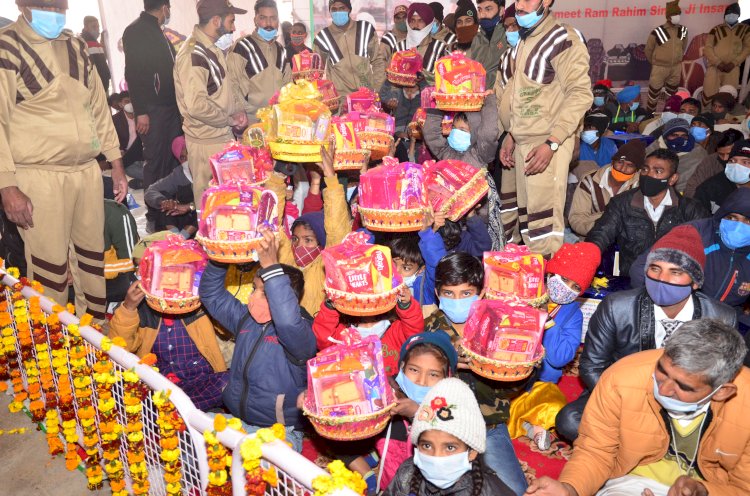 The True Spiritual Saints incarnate on earth to carry on divine duties. When the detached souls cry to get riddance from 84 lakhs birth cycle and yearn to get relief from the troubles, then Almighty send His messengers in the form of saints. The incarnation is the time when a true master marches on the earth in a human embodiment to liberate the caged souls. He lives just like humans and showcases the path to the supreme abode.

To fulfil the divine duties, Revered Shah Satnam Singh Ji Maharaj incarnated on January 25, 1919, to Sardar Waryam Singh Ji and Mata Aas Kaur Ji at Sri Jalalana Sahib, Sirsa, Haryana. The elite family where His Holiness took birth had an intense interest in God. His Holiness was the sole child of the family that took birth after a long period of 18 years. His birth was a time of festivity for the whole family as after such a long wait they got Him.

Fervent of Spirituality since Childhood and meeting with the Radiance!

With immense love and devotion for God, His Holiness was keen to meet Him since childhood. Shah Satnam Ji met & greet many sages and saints. But the yearning to meet real truth never got satisfied. This unanswered quest kept on elevating the dire desire of His Holiness to feel the eternal love of Almighty.

Finally, with the grace of Almighty, the hunger of getting divine love got satiated when His Holiness met the true spiritual master, Revered Shah Mastana Ji Maharaj. At the first sight, all the quests and endless thirst were quenched. The sight of a true master is enough to remove all doubts and has the power to even make one capable to touch peaks in spirituality. The whole cosmos coloured in divine hues when radiance met the radiance and His Holiness became His beloved disciple.

After that, Shah Satnam Ji kept on attending the Holy Satsang (spiritual congregations) but was not blessed with the method of meditation at a moment’s notice. However, Shah Mastana Ji Maharaj assured him by saying, “Do not worry! We will call you at the right time when Almighty will order us. Till then keep serving Almighty’s children and you will always remain safe from negative powers and even death will not harm you.”

Happy Birthday | Check out the highlights of 25th January here

On varied parameters, Shah Mastana Ji Maharaj tested Shah Satnam Singh Ji Maharaj and took varied tests for the same. The ways of the spiritual master are always unique and extraordinary. It's almost impossible to discern the reason behind that. The will of the saint is beyond the imagination of a common man. So, to test the devotion and commitment level for the purpose of handing over spiritual powers to His Holiness, many tests were taken. Shah Mastana used to keep His Holiness busy in collecting and transporting debris of demolished buildings. Even His Holiness was ordered to pull down the personal home and take all the items to Dera's premises. Without thinking for a second, His Holiness demolished the whole building of His home and brought everything at Dera Sacha Sauda, Sirsa, from where by obeying the words of Shah Mastana Ji, He distributed the household items among the people reached there to attend the spiritual congregation.

After seven years of rigorous tests, His Holiness was bestowed with the spiritual reign of Dera Sacha Sauda by Revered Shah Mastana Ji Maharaj on February 28, 1960. That golden day is celebrated as the most ethereal day in the history of Dera Sacha Sauda.

The Deep Ocean of Benevolence of the Most Benevolent Saint

It's almost impossible to measure the depth of a saint’s benevolence and love that don’t have an edge or ending point. It’s immense, deeper than every ocean, and beyond infinity. Words can’t ever express the depth of love and benevolence that a true saint bestows with His disciples. The endless love, care, and benevolence of Shah Satnam Singh Ji Maharaj are ineffable. His Holiness saved the gravest of sinners in one divine sight and salvaged them from the Karmic cycle of 84 lakhs birth & death.

For 30-31 years, His Holiness granted blessings and organized spiritual congregations to bless people at large. In varied states and regions, His Holiness conducted Satsangs and blessed an infinite number of people with His grace. With the grace of Param Pitaji, infinite people left all their evils, shunned drugs, and wrongdoings. They pledged to remain fair & just in all sorts of situations and led a peaceful life. Despite the evils and bad habits of people, His Holiness never limits His blessings and brimmed them with bounties of love & benevolence.

Around 11 lakh people got blessed with the method of meditation with His holy grace. Each sermon and Shabad composed by His Holiness, inspire the masses to the core and they stay ever ready to leave their vices & do every possible effort to become Thy beloved disciple.

The Golden Day with Golden Activities!

Celebrations are useless if they don’t fill someone’s life with utmost joy and pleasure. This golden day of incarnation of His Holiness was also commemorated with varied golden works of welfare and brought pleasure to the lives of people. His Holiness set paradigms by performing welfare works Himself and always equalizing His thoughts & actions. Even on this special day, Saint Dr. Gurmeet Ram Rahim Singh Ji Insan performed welfare works by Himself and added stars to the divine ambience of 25th January. His Holiness distributed 131 blankets to the needy ones, masks to the needy, 51 sewing machines to needy women to help them earn a livelihood & stay self-reliant, 31 nutrition kits to needy pregnant ladies for their proper nourishment.

On this pious occasion, His Holiness brimmed all devotees with immense benevolence by sending the 8th letter. This letter introduced one new welfare work of providing help for treatment of underprivileged & orphan children and also providing them free food items. Living by example, His Holiness distributed these kits to 25 orphan children on the same day and set an unrivalled example before the world.

Walking on the same lines, varied welfare works have been performed by Dera Sacha Sauda volunteers on the same day. It’s their way to pay gratitude, as the disciples follow the teachings by heart and bring blessedness to the lives of needy ones. The January incarnation day was celebrated by distributing ration kits to 51 families, 10 tricycles to the needy physically challenged people, and free newly constructed homes for the underprivileged. The kindhearted volunteers always remain up for the welfare works and to celebrate this e-special day, they perform golden activities of helping the needy and bringing smiles to their faces.

Shah Satnam Ji Maharaj laid the foundation of spirituality in the form of Revered Shah Mastana Ji Maharaj. Under the pious guidance of His Holiness, the Dera Sacha Sauda has reached the highest points that were almost impossible to touch. His Holiness ignited the fire of spirituality, selfless love, and humanity among all. Today, in the young embodiment of Revered Saint Dr. Gurmeet Ram Rahim Singh Ji Insan, His Holiness has set new benchmarks and brought a revolution in society. Even the holy books, songs, shabads was written by His Holiness are showcasing the path of righteousness to millions.

Now, above 65 million people have left their vices, and even living by example. Their actions are inspiring people and they are wholeheartedly doing social reforms. Their every action is a torchbearer and brings a revolution in society in one way or another. The guidance of Saint Dr. Gurmeet Ram Rahim Singh Ji Insan has left no stone unturned in reforming society.

People love to contact Dera Sacha Sauda volunteers as their selflessness and kindheartedness inspire everyone and startle them with the thought that even in this self-centric world generous people also exist. We feel the privilege with immense love and benevolence, His Holiness is brimming everyone with holy grace. We pledge to always follow the teachings and step ahead in welfare works with all our might. Seeking blessings and praying for the good health of His Holiness, we congratulate for the holy event to the whole universe.