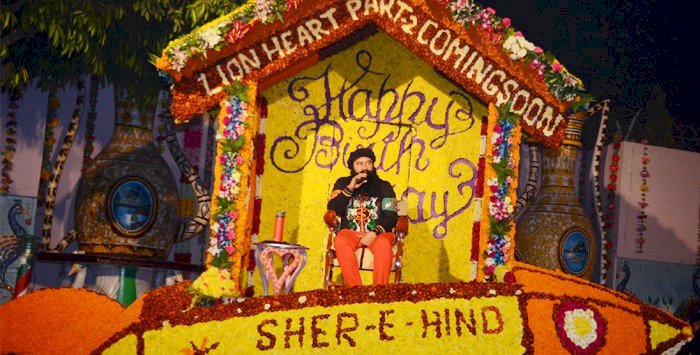 Over 35 lac Devotees drenched in showers of bliss at the Pious Incarnation Month, Bhandara Celebrations in Barnava (UP) 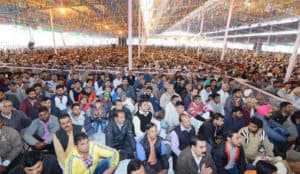 Revered Saint Dr. Gurmeet Ram Rahim Singh Ji Insan  enlightened all by explicating His own melody " Data roohon ko lene aaya anami se chalke ",   and talking about   the holy life & innumerable human beneficence tasks performed by   Revered Param Pita Shah Satnam Singh Ji Maharaj. He said that the month of January is the harbinger and festival of gaiety & joy for the followers. Shah Satnam ji incarnated in this   month at Sri Jalalaana Sahib . The blessed family in which he came in worldly form , was a renowned clan. Respected father Variyam Singh ji was the village Zaildar. Param Pitaji was christened Harbans Singh by the family. 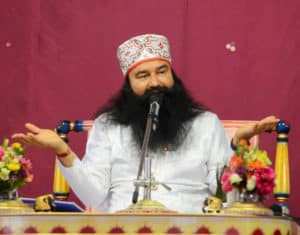 Describing His childhood spiritual charismatic deeds , Guruji continued that once a poor man approached Param Pitaji's mother pleading for help for his daughter's marriage. This was overheard by Revered Param Pita ji. He immediately asked his mother to help the man and never to ask him to return the help as he wanted to take it as if he had contributed to his own sister's marriage. Recalling one more anecdote, Revered Saint Dr. Gurmeet Ram Rahim Singh Ji Insan told all that there was one bull-stallion, which used to graze in his fields. When respected Mataji came to know, she asked Revered Param Pitaji to check it immediately. Param Pitaji   echoed into the bull's ears to graze in different fields of the village, and to everybody's utter astonishment, it did the same   till its last breath.

Revered Saint Dr. Gurmeet Ram Rahim Singh Ji Insan said that the saints are the Almighty's gifts, who are always   first to help the destitute and define the true spirit of humanity. One can relish the true and divine blessings by contemplating & performing great benevolent deeds. If the teachings of the saint are followed   sincerely,the divine blesses him with all riches & elation. But lust, wrath,   allurement , avarice, vanity & psyche do not allow one to get spiritual enlightenment by following the saint's teachings. Adhering to the   Guru's preaching   help   one to witness the unimaginable aura of the Guru.   Meditate to enjoy entire euphoric & delightful moments in life, which are beyond one's imagination . Respect all religions, as all are equal. All of us share the same religion, named, humanity. When different religion's blood group is not checked when in need, but donated as per the requirement , then the issue of hierarchy and superiority in religion is irrelevant. Never indulge in the disputes on the basis of religion. No religion talks about insensitivity & barbarity, but teaches only selfless love. This is the grace of Shah Satnam Ji's teachings.