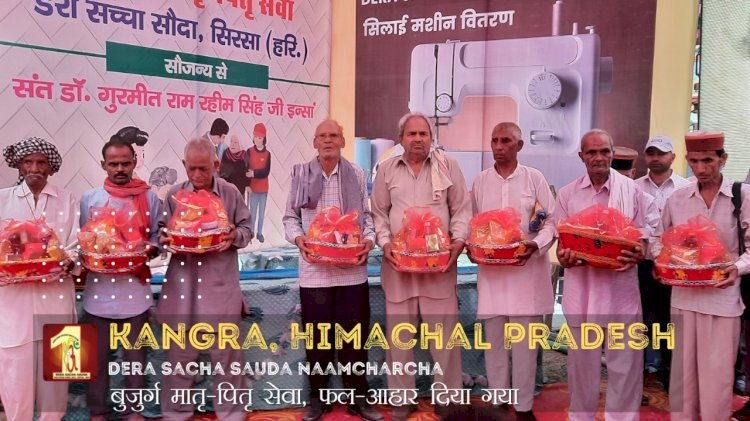 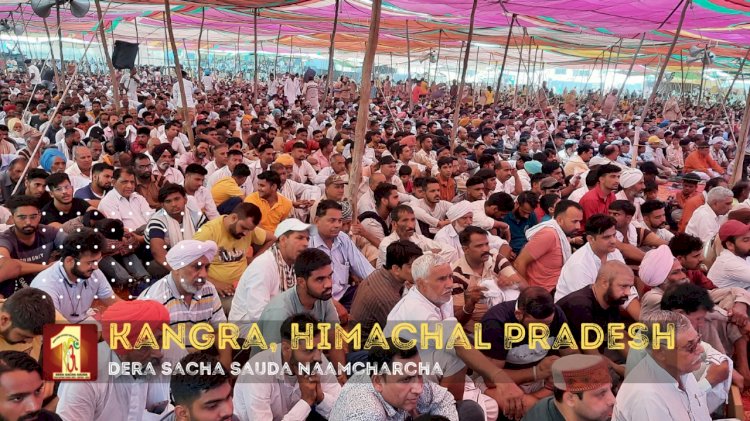 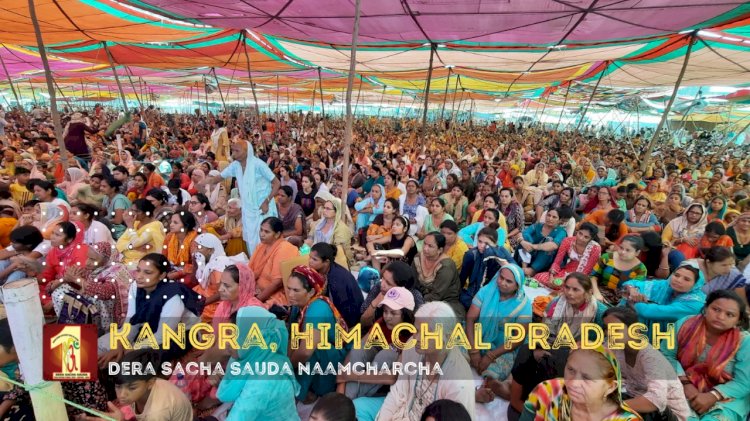 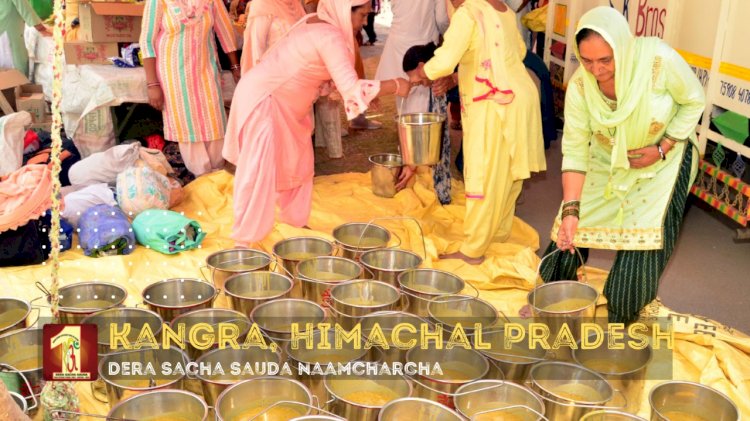 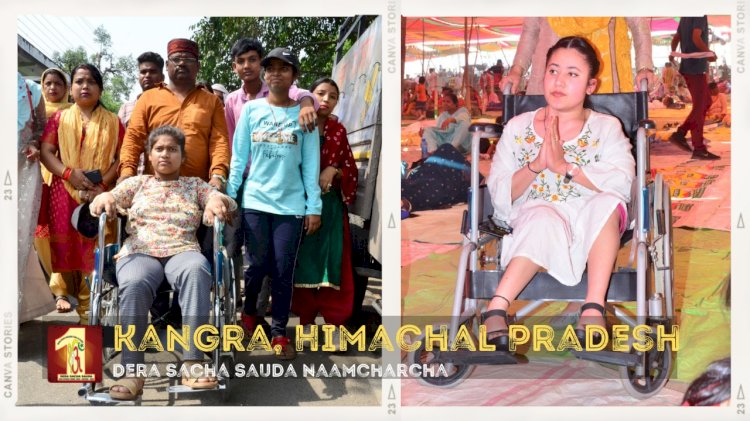 Captivating glimmers of Spirituality bedazzle the city of Kangra

On the 12th of June, Sunday, the city of Kangra witnessed an extraordinary wave of devotion and love, as the followers of Dera Sacha Sauda from various districts of Himachal Pradesh and from other states gathered there in large numbers. They were not here for tourism, but rather came to participate in the spiritual holy gathering of Naamcharcha.

In the beautiful city with beautiful weather, these followers of Dera Sacha Sauda listened to the recorded spiritual sermons of revered Saint Dr Gurmeet Ram Rahim Singh Ji Insan and felt eternal peace. The arrangements for such a huge gathering were praiseworthy.

The pandal of Naamcharcha was decorated beautifully. The stage's decor was also very elegant and lovely. Holy bhajans were sung, to which the devotees listened peacefully. The ambience was calming and soul-soothing and large screens were set up, on which the followers listened to the recorded sermons of revered Saint Dr Gurmeet Ram Rahim Singh Ji Insan. The devotees pledged to participate in the 139 welfare works with full vigour and zeal. After the completion of Naamcharcha, parshaad and langar were served to followers in just a few minutes. The responsible members of the IT wing also provided the details about the official accounts and how to stay updated. The devotees local to the place reached Naamcharcha while singing to the tunes of their local musical devices.

Large screens were set up in the Naamcharcha pandal on which recorded sermons of Saint Dr Gurmeet Ram Rahim Singh Ji Insan were played. Guruji explained that meditation is the goldmine of happiness, compared to which diamonds, rubies, etc seem worthless. In this era, one cannot directly see this mine of happiness. Saints tell how to reach this destination, but it depends on the follower if he follows it or not. Guruji further said that one who receives the method of meditation is lucky, but one who practices it becomes extremely lucky and gets the joys of both the worlds. Only God's name or method of meditation can end every sorrow and pain. Recital of the method of meditation can eliminate every suffering and disease. But only those with a good fortune can meditate. Those who want to attain the Lord's love, those who have the passion and long for Him, only practice the method of meditation continuously.

Large ground fell short before the massive crowd and great love
It was an amusing sight of the love and devotion of followers. In front of this great love, even the large-scale arrangements seemed to fall short as the Dera Sacha Sauda volunteers from various districts of Himachal and other states came to attend the Naamcharcha in great numbers.
The Program started at 11:00 a.m. By 12:00 p.m., the whole ground was full of followers. Many volunteers sat on the stairs of the ground and listened to Naamcharcha. The inflow of the volunteers continued even toward the end of the Naamcharcha.

Well disciplined traffic & parking arrangements
For the followers coming from various districts of Himachal Pradesh and other states, multiple traffic grounds were arranged for parking. The followers parked their vehicles there in an organised manner. The members of Shah Satnam Ji Green S Welfare Force Wing also worked with traffic police to help with the arrangements.