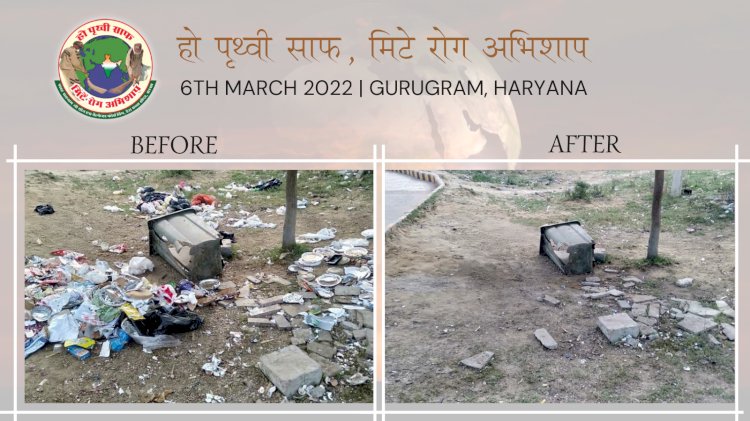 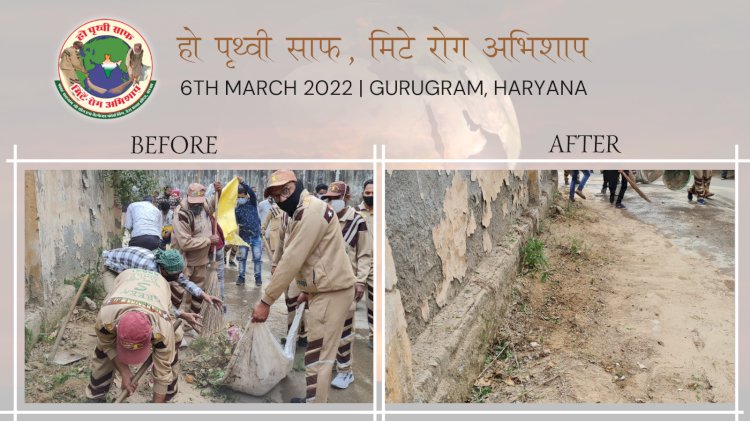 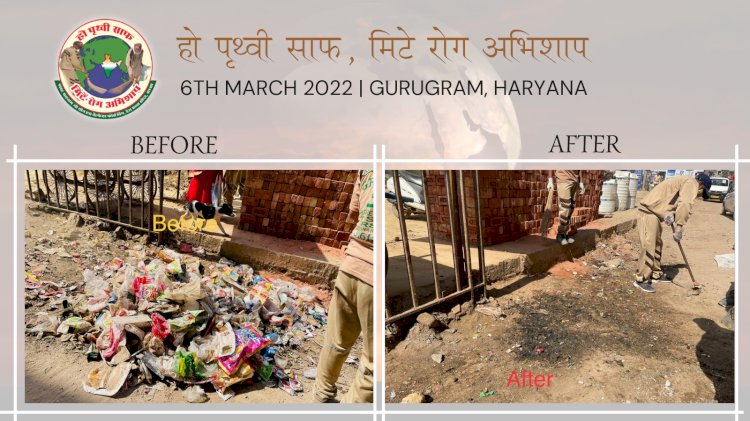 We usually hear motivational speeches on cleanliness, urging us to become responsible citizens as we don't have planet B. But who actually put it into effect? That's the bigger question.

Implementation demands commitment and dedication, which people lack undoubtedly. However, exceptions exist! In carrying on cleanliness campaigns on the mass levels, there’s no parallel to Dera Sacha Sauda. The organization works as per the guidance and inspiration of Saint Dr. Gurmeet Ram Rahim Singh Ji Insan. Indeed, Guruji is the one who has taken up this mission of cleanliness on a serious note. Since 2011, cleanliness campaigns were initiated by Him with the slogan,

(Remove curse and diseases, by cleansing the earth)

With the philosophy and agenda to keep people away from diseases, this campaign was initiated by His Holiness. 33 campaigns have already been done by Dera Sacha Sauda in varied cities so far. However, this time, it was extra special and displayed a peculiar example of ideal disciples.

The 34th campaign was not like the earlier ones. The love, adoration, and devotion in the hearts of devotees were clearly visible on their faces. With added magic of commitment to Guru’s teachings, the devotees reached from distant areas to attend and give their part in this special cleanliness campaign. The locals were witnessing something unusual that they had never seen before.

Its usually said that wherever the lotus feet of a true saint is placed, that place becomes reverent. As His Holiness, reached on 7th February and stayed in Gurugram for the tenure of 21 days, the disciples presented an unusual example of devotion and love towards their beloved Satguru. Though everyone wanted a glimpse, following the orders and obeying the rules, none of them visited Gurugram. With heavy hearts, they just waited for the right time.

So to extend salutations to this pious land where Guruji stayed, a cleanliness campaign was organized on 6th March. The disciples from all over the world reached out to pay gratitude to Guruji. This one was surely a different campaign that witnessed an ocean of love, pouring out of their eyes that they were unable to express in words.

The disciples from all over the world were eager to touch the dust of this land where their Satguru resided. They bowed down and paid homage to the place, which has become the most reverential for them. They were elated and conveyed thanks to His Holiness for giving them a chance to spread His teachings to the world.

Rejuvenation of the City with Mega Cleanliness Campaign!

The disciples manifested their love towards the true Master by running a mega cleanliness campaign. They revived the whole city and provided it with a new shape by following the teachings of His Holiness. The whole city was divided into 4 zones, which were further divided into 59 sectors.

The locals were amazed on seeing the endless devotion and love among all volunteers of Shah Satnam Ji Green ‘S’ Welfare Force Wing towards their Guru, Saint Dr. MSG. The residents were standing at their doors, staring at the sewadaars, and were startled on witnessing this level of commitment. Despite being a doctor, engineer, businessman, or having a high-professional profile, these people cleaning other cities on just one call, is no less than a miracle.

In just 4 hours, the whole city was cleaned and given a new shape by more than 4 lakh volunteers who reached the spot. With the philosophy to clean the earth and make it free of diseases and curses, they carried on this campaign. Working in a very organized manner they didn’t disturb the working of the city and locals were praising their discipline in carrying on the welfare work.

The main aim is to inspire people to participate in this noble mission to clean India. Its the duty of every citizen to keep their surroundings clean so that they can get saved from diseases and curses. For the sake of the motherland, they need to understand their duties and responsibilities.

We, therefore, appeal to every single citizen to understand the value of keeping surroundings clean. It's an important step towards a healthy nation. If we together become a part of this noble initiative then surely cleaning will become quite easy. Even we need to make it our habit to have cleanliness and hygiene all around.

All in all, we are proud of having His Holiness in our lives, whose teachings are torchbearers for society. Join us in these noble initiatives and let us together make this earth cleaner than ever.