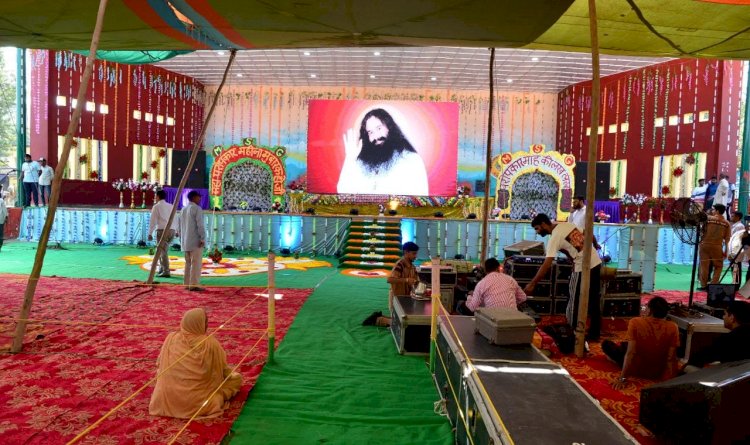 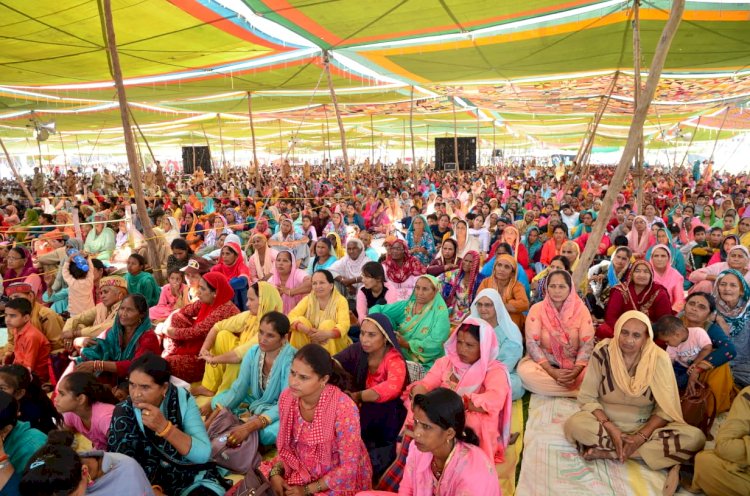 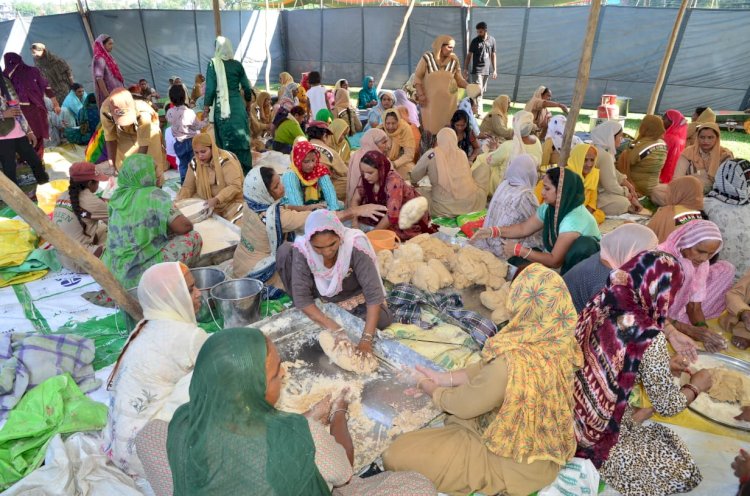 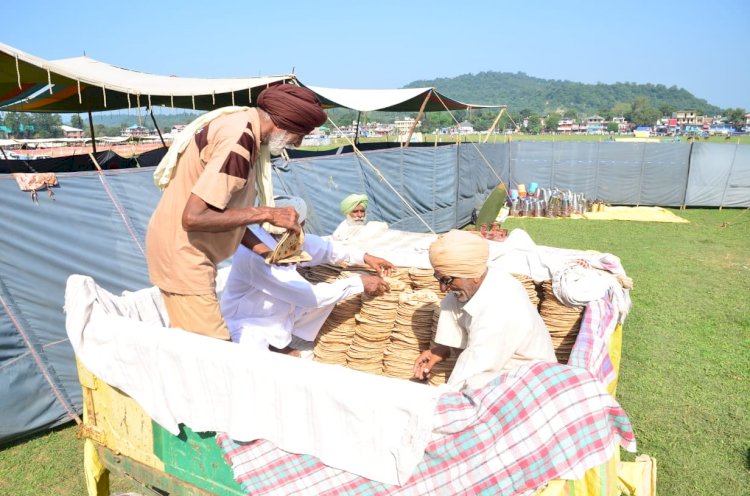 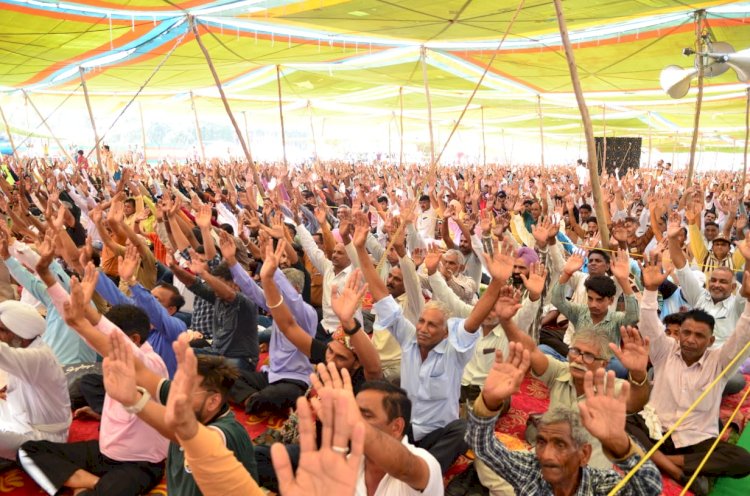 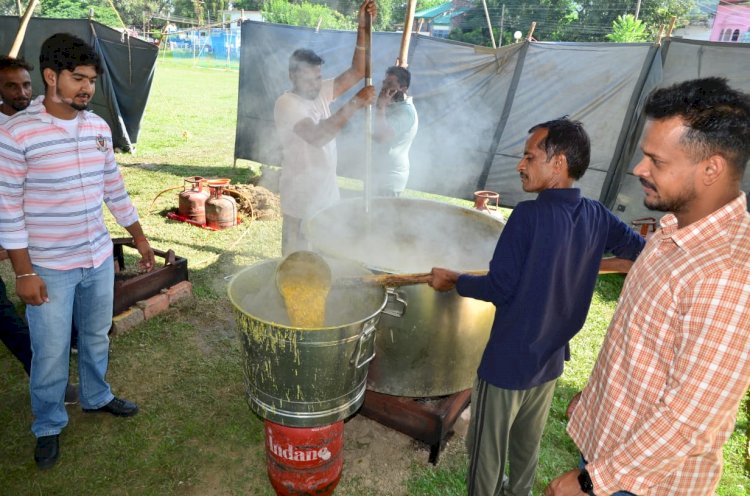 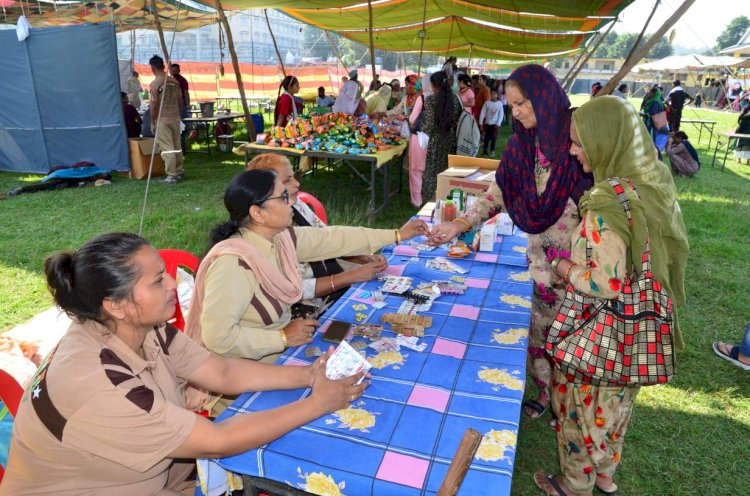 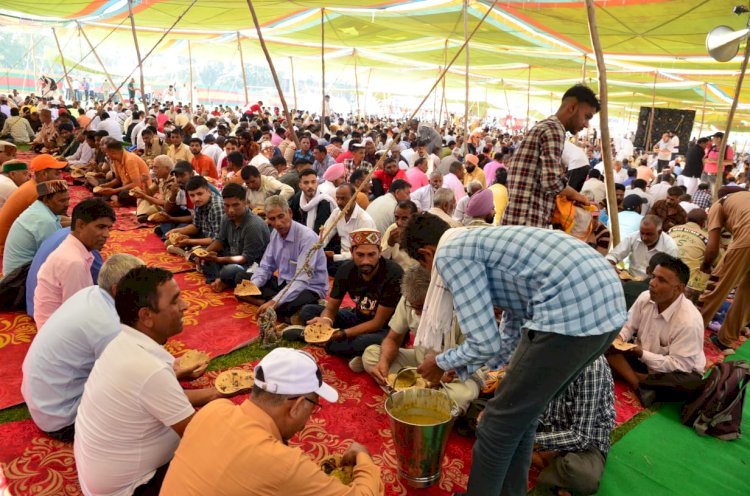 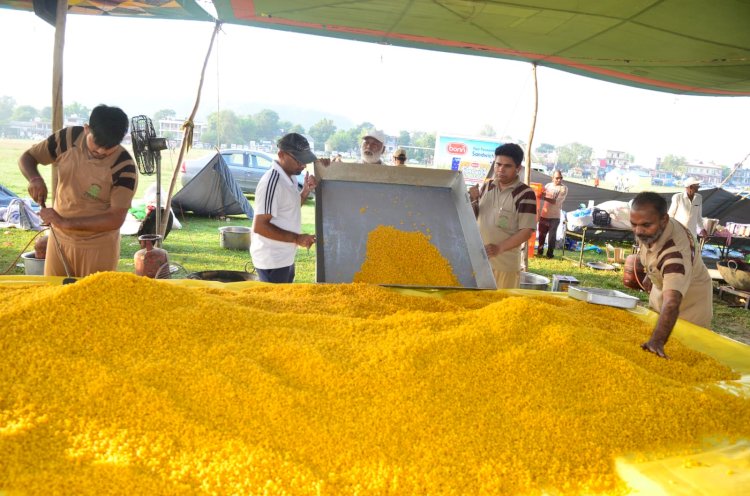 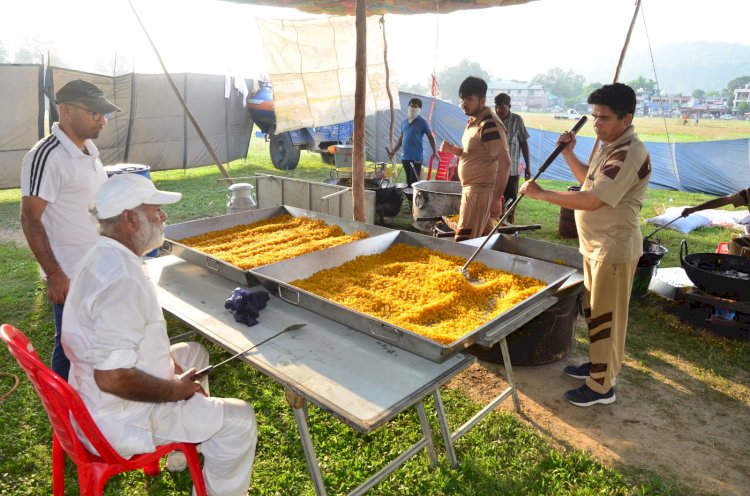 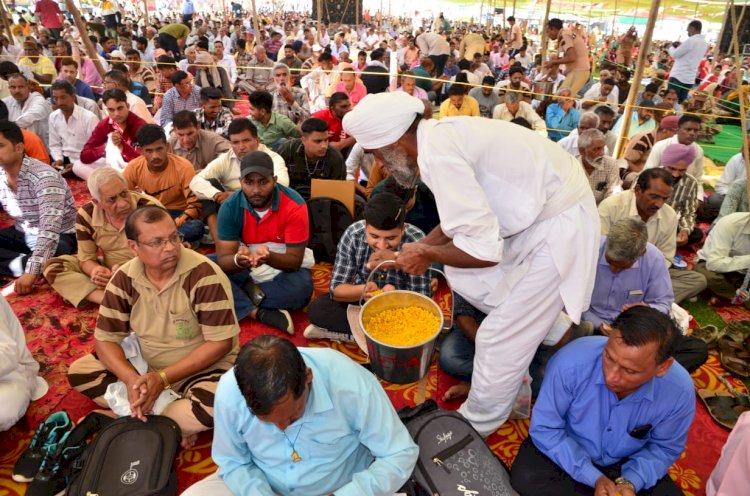 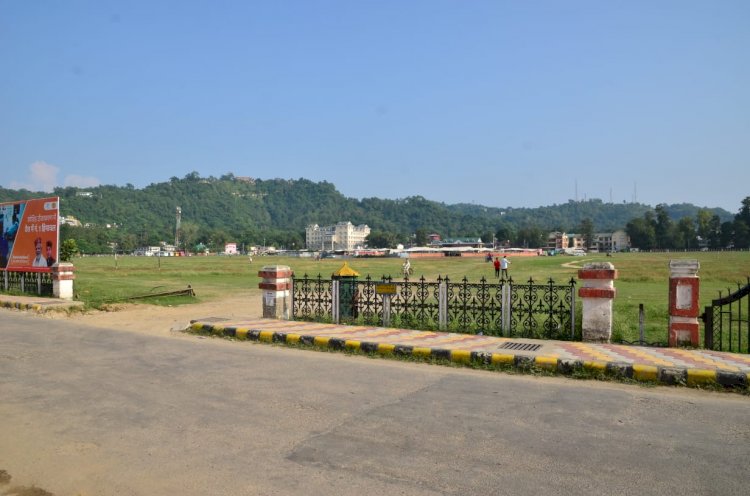 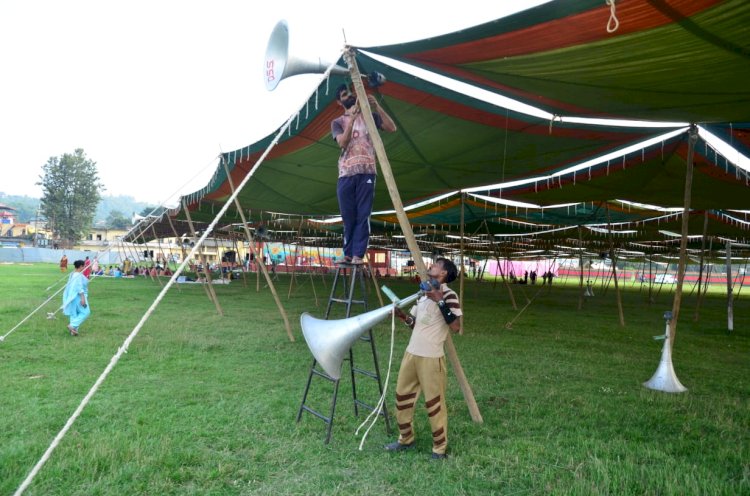 The Holy Bhandara of 32nd Benevolence Month, the month of Royal Coronation of Saint Dr. Gurmeet Ram Rahim Singh Ji Insan was celebrated with great pomp and jubilance on 18th September in Sujanpur, Himachal Pradesh. The Bhandara was organised in the Sujanpur ground, opposite to the bus stand. But such a large ground too fell short in front of the huge ocean of devotion with such enormous gathering of devotees. As far as the eyes could see, there was gigantic crowd in every direction.

In the history of Sujanpur, it was the first time that the city saw such a massive gathering.

On this pious occasion, following the pious guidance of Saint Dr. Gurmeet Ram Rahim Singh Ji Insan, the devotees from Himachal Pradesh also distributed 1 month of ration supplies to 32 families, which one of the main tasks in 142 welfare works being done by Dera Sacha Sauda.

The devotees from various states started coming to Sujanpur on the evening of Saturday, 17th September. The inflow of people continued till late afternoon on Sunday, 18th September. On Sunday, even before the Naamcharcha program started, the whole ground was filled with the devotees. There were large queues of people on all the roads that were leading to the venue of Naamcharcha, the Sujanpur ground.

The program of the Naamcharcha started with the holy slogan ‘Dhan Dhan Satguru Tera Hi Asra’. Thereafter holy hymns, dedicated to the love and glory of true spiritual master were sung by the devoted vocalists of Dera Sacha Sauda. Many large screens were installed in the pandaal, on which the recorded holy sermons of Revered Guruji Saint Dr. Gurmeet Ram Rahim Singh Ji Insan were played. The entire congregation immersed in the divine bliss of holy sermons and peacefully listened to every word with great love.

SAtsang is the only place for attaining self awareness

Via the recordings, Revered Saint Dr. Gurmeet Ram Rahim Singh Ji Insan sermonised that ‘Satsang’ is that place where a person attains self awareness. Sometimes people achieve a lot of knowledge on various subjects, but do not recognize or understand their own selves. They are unaware and ignorant of who they are and the kind if deeds they do. ‘Satsang’ is the only place where one become acquaint with one’s true self, of what he actually does and what he should be doing, how one can change oneself; all this is only understood via ‘Satsang’ or the holy congregation. Changing one’s habits is a massive transformation like no other. Saints and great men have said that it is very difficult to change one’s habits, especially when someone has been doing it for very long. In the context of spiritual love, Varish Shah ji has said that one is a slave to his habits, he won’t change them even if every body part gets amputated.

Guruji guided to devote 5 minutes for own self every evening, wherein one should meditate and recite Lord’s name in solitude. Meditation will provide the power from within to introspect and become aware of your own bad habits and good habits. You will get the courage to discard and let go of your bad habits and acquire good habits.

On the occasion of Naamcharcha, 32 families were given ration supplies of 1 month. On the culmination of the Naamcharcha, prashaad and langar was served to the entire congregation in just a few minutes.

It is to be noted that on the pious day of 23dr September 1990, the second Spiritual Master of Dera Sach Sauda, Shah Satnam Ji Maharaj handed over the reins of Dera Sacha Sauda to present Spiritual Master Saint Dr. Gurmeet Ram Rahim Singh Ji Insan and bestowed the divine Spiritual treasures on Guruji. The whole month of September is celebrated worldwide by the followers by participating in 142 welfare works.

Free Medical Camp organized, free checkups and medicines for all

On the pious occasion of Maha Paropkar Month celebrations, free medical camp was also organised in which specialized doctors gave free consultations and check-ups to all the patients. All the medicines were also provided free of cost to the patients. On this occasion, the medical and paramedical staff of Shah Satnam Ji Super Speciality Hospitals provided their volunteer services. A large number of local people benefitted from the free medical camp.