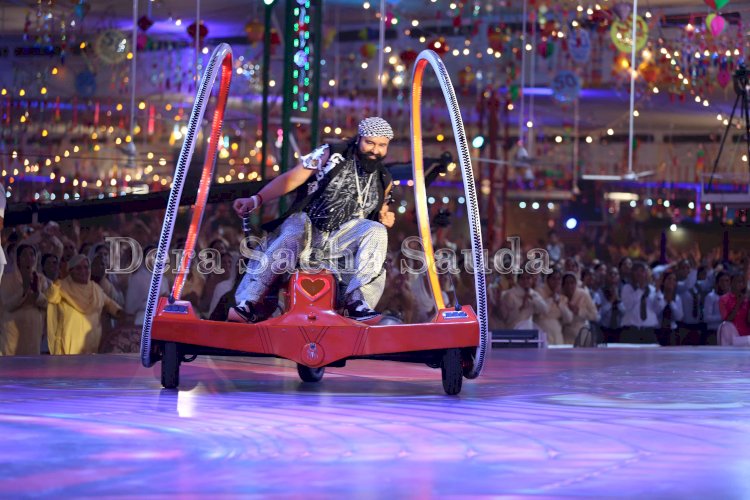 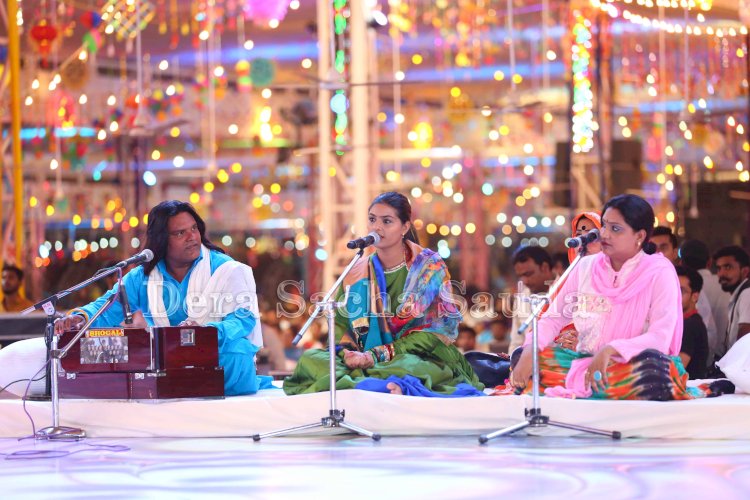 The 3rd consecutive night of the much celebrated MSG 9BAR9 Carnival at Dera Sacha Sauda ashram in Sirsa was held on 12th of August. Around 70 lacs of people gathered at the Dera premises to witness the divine musical night, that was piled with the live performances of the popular celebrities. They wished Saint Dr. MSG Insan on the occasion of His golden jubilee birthday, in their own styles. And filled the air with their rich and versatile vocals, and touched the hearts of the audience. 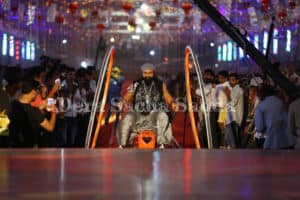 Famous Haryanvi singer Amit Dhull started this grand musical gala with his blissful voice and took hold of the crowd. He sang Haryanvi Bhajans and then passed the stage to the talented young artist Pooja Insan, who was runner up in the popular TV show Amul voice of India. Her singing was truly innocent and pure like herself, she sang Bhajans like 'Nure Khuda' and 'Satguru main teri patang' in her soulful voice followed by Punjabi singer Balvir Chotiya. 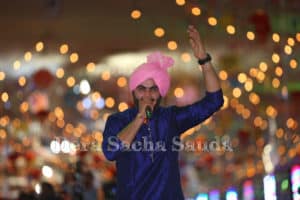 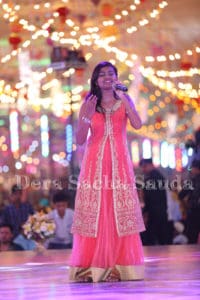 'Nooran sisters' mythical voice hypnotized the audience. And crowd lost themselves in the waves generated from the soothing, mystical and musical vibes.

At the end of this divine musical fiesta, famous singer Pargat Bhagu delighted the audience with his melodious vocal.

The cherry on the cake was Saint Dr. MSG Insan's  performance, who sang people's favorite numbers, few to mention like 'Kesariya' and 'Shah Satnam Ji ho gya hai Mera.' Although the musical night was continued late night until 3 am, yet the crowd refused to show even a frail sign of tiredness or dullness. Some famous celebrities who attended tonight's musical show included actor Vindu Dara Singh and Boxer Manoj Kumar. People from political arena also marked their presence in the ceremony. 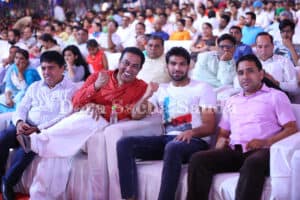 Saint Dr. MSG Insan interacted with the press and answered their questions that were mainly related to His much-awaited movie called 'MSG Online Gurukul.' 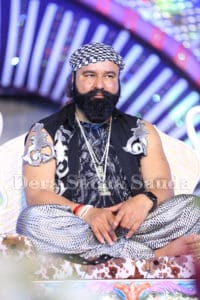 He informed that he has played multiple roles in this upcoming epic. And the movie would contain rich VFX scenes that would attract the children and adults alike. The audience will also get a chance to see Saint Dr. MSG Insan in a brand new avatar, and this time Saint Dr. MSG Insan will go shirtless to show his Six Pack Abs (forget about the golden jubilee birthday, age it's just a number). And no doubt this will inspire the younger generation to switch towards the healthy lifestyle and set the new fitness goals. 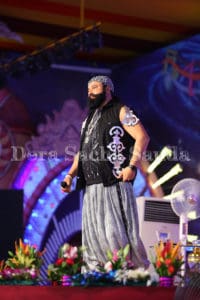 The movie is expected to hit the theatres at the end of 2017 or the start of the new year. 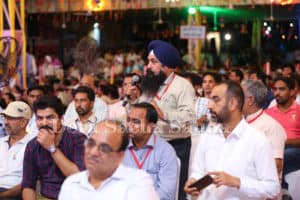 Saint Dr.MSG Insan informed the press that the profit received from previous movies has been used to generate the skin and bone banks. And the newly founded bank has already started receiving the skin and bone donations lately.