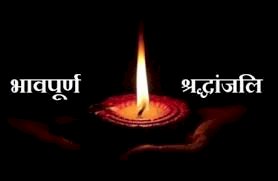 Tribute to DSS Followers, on the anniversary, of Panchkula firing of 25th August, 2017.

With a year ending, after last year's Panchkula incident, in which scores of DSS followers were killed in a clash with the police forces, killing 40 people, Dera Followers paid their tribute to DSS Followers.

Naamcharchas were organized in Shah Satnam Ji Dham Sirsa and in various blocks too.

Apart from praying for peace to the departed souls, 30 min Silence was observed. Welfare works were also conducted by volunteers everywhere, where books, toys, and food deposited in food, toy and book banks.

It was a day marking, the sacrifice and devotion of the followers. It was indeed ironical to see those innocent souls give their lives, they really wanted was a glimpse of their Master, the Reverend, Saint Dr. Gurmeet Ram Rahim Singh Ji Insan.

Camping in nearby areas, these devotees, were hoping to see their Reverend Master, and celebrate the decision of Respected Court, which was going to be positive for them, as it was pretty evident from the whole case, based on an anonymous letter and dated 15 years back, as the court proceedings were on in Panchkula district Courts.

It was a very difficult time for these disciples of Dera Sacha Sauda, who were camped in the premises around the areas. Even a small glimpse of the vehicles caravan, in which Dera chief was traveling would suffice for these noble souls.

May truth and peace prevail and humanity and true spirituality thrive. May Lord Almighty bless the departed souls with his pious glimpses and bounties of his love and serendipity.