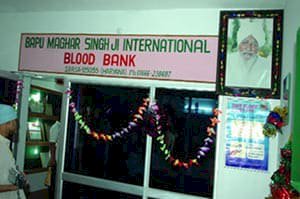 In this age of senseless conflict and violence, where people are keen to shed blood aimlessly, paradoxically, in the name of the Lord and Creator, there are some who donate blood to support life.

The last three largest blood donation drives in the world were from Dera Sacha Sauda. Motivated and spurred by Saint Dr. Gurmeet Ram Rahim Singh Ji Insan, on 7th December 2003, Dera Sacha Sauda followers donated 15,432 units of blood to 56 participating blood banks. This record was surpassed again under Gurujis’ guidance to 17,921 units on 10th October 2004. Finally on 8th August, 2010 a new Guinness World Record was established when Dera members volunteered to donate 43,732 units of blood, thereby rewriting history. Guruji cites the donation of blood, imparting of knowledge, help of the sick and infirm, help during natural calamities and voluntary work done by us ourselves in the aid of others as the true charity. Dera Sacha Sauda is also a largest blood donor agency for the Indian Armed Forces since May 2006. This is also nick named a mobile blood pump by Guruji as there are a quarter of million regular donors fully committed to this noble cause. Blood is the very basis of life, Blood is the nectar that sustains humanity, and blood, is also spilt needlessly world over. But here is another story. The story of a string of world’s largest voluntary blood donation drives inspired by Guruji, by infusing others with enthusiastic humanitarianism.

Established by Guruji, The Bapu Maghar Singh Ji International Blood Bank is a boon for patients since it is driven totally by voluntary blood donation. This blood bank shot into prominence by saving the lives of hundreds of Dengue patients.