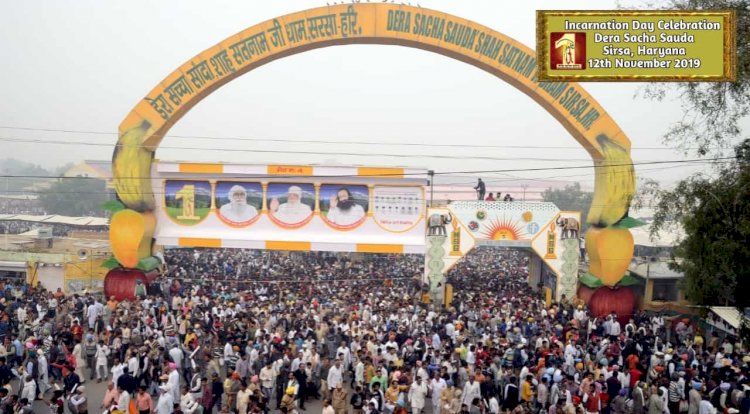 Shah Mastana Ji Maharaj is the founder of Dera Sacha Sauda who initiated thousands on the true path of spiritual ecstasy. Shah Mastana, the name itself evokes immense devotion and love towards God. If we sum true Master's life in one line, this is the essence of His life. One who put thousands of souls on the path of Humanity and spirituality and paved the way for billions in the future. Through Dera Sacha Sauda, the spiritual college that was set by Shah Mastana Ji Maharaj in 1948 in the Sirsa city of Haryana, millions are getting illuminated by the divine light.

The quest to self-realization

Born on the Kartik Purnima in the year 1891 to Mata Tulsa Bai and Father PilaMal Ji, in the Kotda province of Balochistan as part of the pre-Independence era. Shah Mastana Ji was on a search of a true Guru right from a tender age. At the age of 14 years, he left home to follow his instincts in the search of a true Guru. This search was definitely not easy, he came across many Gurus, who claimed to be knowledgeable Gurus, but on interrogation, they were all empty from within.

One day, some sadhus came to Shah Mastana Ji and he was known for his service towards sages. So when they came, he had to get out to get some items from the Market. Then he realized that there is an idol made of pure Gold, what if this sage, takes that and runs away. So he just closed and locked the door from the outside so nobody can leave the house. To this surprise, when he came back, the door was open and the sage had disappeared. He had an urge to meet him right away, something as telling him that the sage was the same Master he is looking for for years. So he left the house in search of that same sage. And after 9 year's rigorous search he found his Master at Beas in the form of Baba Sawan Singh Ji 2nd Master of Satsang Beas.

After various testing phases, Shah MAstana Ji got initiation from his MAster and not just that he got a new name for himself, from Khemamal to Shah Mastana for his inebriation towards his Master. And he also got orders from his MAster that from now on, you will go to Bagadh and give Naam or Method of Meditation to the masses there. Thus Dera Sacha Sauda was set up in the Bagarh region which was in Haryana's Sirsa of independent India.

Thus started the journey of Bagad with the establishment of Dera Sacha Sauda, at Sirsa, Haryana

As proclaimed by Baba Sawan Shah Ji, Mastana Ji's voice was like the voice of God and everyone who used to hear was immersed in its sweetness. The masses could not follow the language that Mastana Ji used to speak but his voice was mesmerizing one and all. And so people just started coming and they were taught to earn through hard work.

People were surprised by the Mastana Ji's ways, he used to test people by offering them garlands of currency notes. They were offered more money than they asked, this was very strange for the visitors. They had seen people asking to reduce the quoted price for an item, but here there was a strange man, who was giving double than the quoted price. People used to visit just to witness the strange nuances of this Saint. And when here, they were mesmerized by his unique ways and voice sweeter than honey.

In his lifetime, Shah Mastana Ji taught the method of meditation to thousands of souls and showed them the path of hard work and humanitarian service. Such was His feeling of compassion and welfare of the society that He asked his Master Baba Sawan Singh Ji a few promises that have redefined spirituality for mankind for this has never been asked or given before.

Shah Mastana Ji sensing that spirituality is really intricate and disciples get stuck at various stages on their journey to meet God through meditation, requested His Master that please make sure that my disciples will never get stuck at these stages. Therefore it is said that followers of Dera Sacha Sauda have one leg here and 2nd one is in Sachkhand directly. No intermediate stages boggle down these disciples.

Earlier, there was a different slogan that was used to greet the Master, but Mastana Ji used to greet his Master with this new slogan. This slogan simply means that I have your shelter true Master. As every disciple knows his Satguru or Master and he/she is totally dependent on his/her master so Mastana Ji got this slogan officially approved by Baba Sawan shah Ji and therefore the disciples at Dera Sacha Sauda utter this to greet each other.

where marriages were solemnized by exchanging garlands and the money that was saved in the process of not getting into lavish celebrations, was spent on serving the poor and needy.

Shah Mastana Ji made several sermons for Dera Sacha Sauda, some of which were, this place will remain as long as there are stars and moon in the sky.

Ashrams were made across the region, Mastana Ji Maharaj setup 25 ashrams in Haryana, Punjab, and Rajasthan in a period of 12 years, from 1948-1960. The reins of Dera Sacha Sauda were handed over to Shah Satnam Ji Maharaj who served as Dera chief from 1960-1990. The present Master being Saint Dr. Gurmeet Ram Rahim Singh Ji Insan has taken Dera Sacha Sauda to a new paradigm as per the sermons of Shah Satnam Ji Maharaj.

This year as Dera Sacha Sauda celebrated 128th Incarnation of its Master Shah Mastana Ji Maharaj, on 12th November a deluge of welfare were undertaken including

1030 patients were screened as part of a Free Medical Screening Camp by Specialized Doctors and paramedical staff.

4 home keys were provided by followers from New Zealand & other places from India. 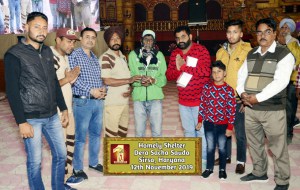 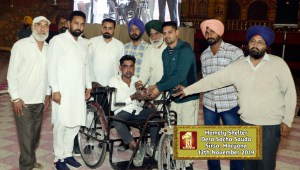 Women Empowerment : 15 stitching machines were offered to women of the financially weaker section in a bid to make them self reliant.

A Kul Ka Crown marriage was also solemnized on this pious occasion. 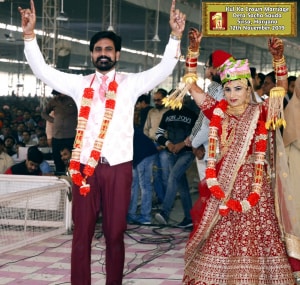 Devotees from far and wide visited the ashram in lacs to offer their prayers and gratitude to true MAster for his divine grace in the form of this incarnation Day which is providing a platform for people from all religions to sit under one roof and worship one God. A feat that has no comparison in history and will ever be in the future. Shah Mastana Ji Maharaj has given the unmatched gift to entire mankind in the form of True Confluence of all religions, Dera Sacha Sauda.